Column: Tri-Cities must get together to provide COVID-19 leadership

Coquitlam resident Adel Gamar writes that leadership — at the national, provincial and municipal levels — is crucial in confronting the COVID-19 pandemic
Mar 26, 2020 6:00 PM By: Tri-City News 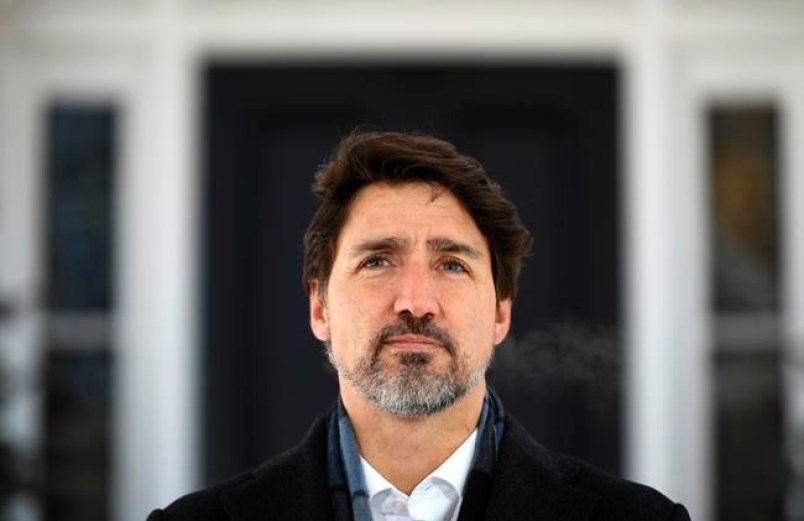 Prime Minister Justin Trudeau speaks at a press conference on COVID-19 at Rideau Cottage, his residence on the grounds of Rideau Hall in Ottawa, on Saturday, March 21, 2020.THE CANADIAN PRESS/Justin Tang

Frederick Fleet and Reginald Lee were two crewmen on the Titanic. Tasked with the critical role of lookouts high atop the ship’s crow’s nest, they were on guard for potential danger, relying only on their eyesight and intuition because the binoculars were locked in a case on board and the keys had been left on shore.

On that fateful night, Fleet and Lee spotted danger. Unfortunately, it was too late. Allegedly, in a futile state of despair, they rang the alarm and yelled “Iceberg, right ahead!” On that moonless night, the Titanic met its fate. Many lives were lost.

The threat we currently face is not unlike an iceberg in that we have yet to see the full magnitude of this pandemic.

As the director-general of the World Health Organization, Tedros Adhanom, warned, the novel coronavirus pandemic is “accelerating.” We need to be locally, provincially and globally connected in a collaborated effort.

Those of us in positions of authority and public service are entrusted to provide vital services of protection, direction and order. In the case of COVID-19, saving lives and ensuring the wellbeing of the public must drive the actions of elected officials. With each passing day, it’s becoming clearer that our reality is neither business nor politics as usual.

Effective policymaking requires clear goals and precise tools to meet them. Designing these tools involves effective leadership and decision making combined with agility and genuine compassion. Such policymaking can be juxtaposed to politics. Too often, the latter relies on ambiguity, intuition and ineffective attempts to meet varying interests.

Early this week, Prime Minister Justin Trudeau held a call with Canada’s premiers to discuss imposing the Federal Emergencies Act. The act authorizes government to take temporary measures to ensure safety and security during national emergencies. Despite the need for a unified response, concerns about the political ramifications of invoking the act have stalled a conclusive decision from the premiers. Instead, each province has now proclaimed its own version of the Emergencies Act.

Likewise, there have been varied actions from municipal governments across the province. Vancouver, along with a handful of other B.C. cities, made emergency declarations to maximize their ability to act quickly rather than wait for provincial approval. Other municipalities took a different course, imposing various levels of restrictions in hopes of flattening the curve. This inconsistency among cities does not make good policy. It is a source of confusion for the public. During these precarious times, it is outright dangerous.

Reasons for the inconsistencies are varied but the potential outcome from such irresolution has already been witnessed elsewhere.

Thus far, Italy has the highest death toll of any country, with more than 80,000 confirmed cases of COVID-19 and approximately 8,200 deaths — at the time this article was posted. Early this month, the Italian government imposed a national lockdown but many residents defied the orders to self-quarantine.

According to a recent New York Times article, this public reaction was due in part to the ineffectiveness of Italian officials in communicating clearly and consistently the threat of COVID-19 and the directives on what the public should do. The Times wrote: “Even once the Italian government considered a universal lockdown necessary to defeat the virus, it failed to communicate the threat powerfully enough to persuade the Italians to abide by the rule, which seemed riddled with loopholes.”

This lesson has been offered to us. The question is, will we learn it in time?

As the Times observed: “Some officials gave in to magical thinking, reluctant to make painful decisions sooner. All the while, the virus fed on that complacency.”

More than ever before, the public is looking to those in positions of authority to take bold and collaborated efforts to act in time. Assembling a unified task force among the Tri-Cities municipal governments that shares tools and knowledge to tackle COVID-19 is good policy. By exercising leadership and collaboration, our local policymakers can lead the Tri-Cities to emerge from this pandemic stronger than ever before.

Adel Gamar is a Coquitlam resident who’s a former policy fellow at Harvard Law School and current CEO of Gamar Leadership Group. He ran for mayor of Coquitlam in the 2018 civic election.