It's time for the province to take a closer look at the urban bear issue, including how bears are handled by BCCOS
Jan 24, 2020 9:43 AM By: Tri-City News 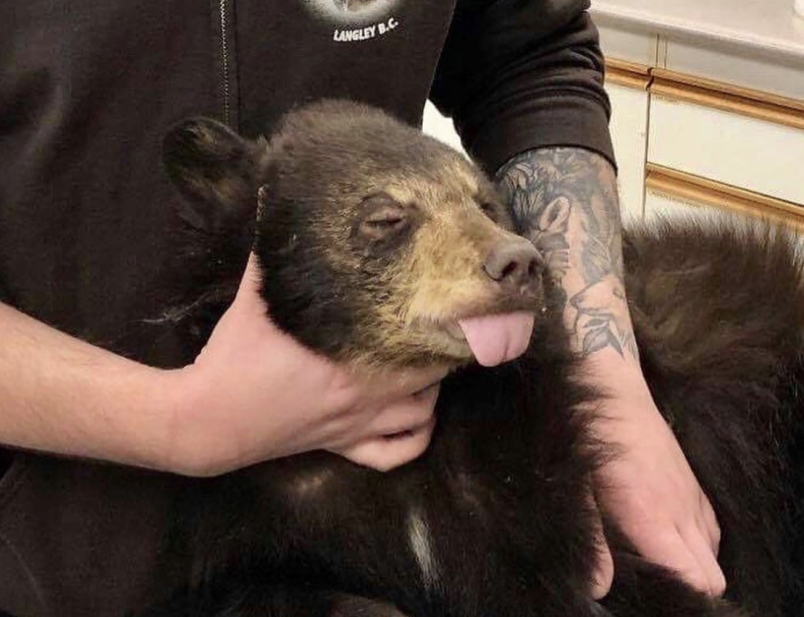 A different bear, cub #26 or Roxy, in late 2019 at an Abbotsford veterinarian to fix a minor wound. Critter Care says it is building a fourth bear enclosure and, due to demand, and has plans for a fix.CRITTER CARE WILDLIFE SOCIETY/INSTAGRAM

In recent months, the reputation of the BC Conservation Officer Service (BCCOS) has suffered from a backlash due to the number of bears killed — this year 30 in the Tri-Cities for conflict issues — as well as public concerns about its methods and tactics.

It’s time for the province to step in.

The latest concern is a complaint by a well-respected rehabilitation centre, Critter Care Wildlife Society, that a bear cub transported by an officer from Port Moody to Langley was over-sedated and had a low body temperature and ice in its fur when it arrived at the Langley care facility.

This public anger and frustration with BCCOS needs to be dealt with so officers can regain the public’s trust, those who challenge the service's methods are fairly dealt with, bears are not needlessly destroyed and bear attractants are properly managed.

Some people have said they won’t call in a bear complaint out of concern a bruin might be killed, even though BCCOS has repeatedly said they are only destroyed when public safety is at risk. Not calling in property damage or bears eating garbage, for example, could be dangerous because officers need the information to properly assess bears' behaviour and to locate and deal with people who aren’t securing their attractants.

But who can blame people from turning a blind eye if they think bears are dying unecessarily?

What’s more, the problem isn’t going away. Last year, there were double the number of bears killed than are usually destroyed in two years and a record number of orphaned bears were sent to Critter Care.

Something has to change.

That’s why the B.C. government needs to step in with a public review and inquiry of BCCOS education, training and methods to ensure it’s carrying out its mandate properly while also looking into whether enough is being done to handle bear issues in urban areas such as ours.

Currently, the BCCOS north-east zone — which includes the Tri-Cities — is vastly under-resourced given the size of the area, the number of complaints and other conservation officer responsibilities. Perhaps, BCCOS's mandate should change, more oversight should be added and better strategies be put in place for dealing with the public and bears.

A bear study is needed, as is an analysis of how habitat loss and climate change affect bruins' habits. As well, a review should look at better ways to manage attractants and educate and inform the public, including standardizing fines, enforcement and education among cities, including Port Moody, Port Coquitlam, Coquitlam, Anmore and Belcarra.

In addition to studying whether BCCOS funding is adequate and its mandate appropriate, the province should consider funding wildlife rehabilitation centres, such as Critter Care Wildlife Society, which look after and feed orphaned bear cubs.

For too long, our approach has been to force the natural world to give way to human progress. It's time for that approach to change and Tri-City MLAs should demand the government conduct a review of BCCOS and establish an urban bear management strategy across the province.