Editorial: Caring for animals a mark of humanity 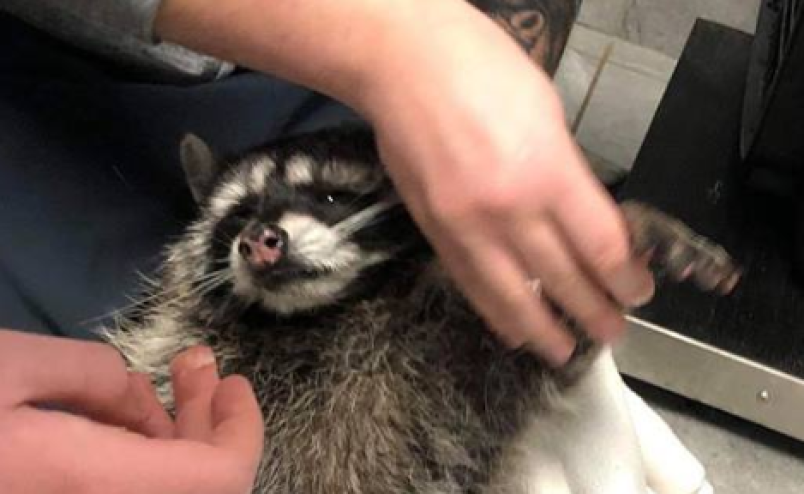 A rescued raccoon that later died, local beavers and the otter and the koi have captured our attention in recent days.Burnaby Now

Nothing gets attention from news producers and consumers like an animal in distress.

It appears we are hard-wired to care for the less fortunate, especially when they have four legs, fins, flippers or wings.

Thus, it’s no surprise that there’s a hue and cry from the public every time an animal is believed to be in distress — or even if it’s taking out other creatures one by one, like the Chinatown otter has been doing to the koi in the Dr. Sun-Yat Sen Classical Chinese Garden for several days.

The furor prompted a side industry in the sale of buttons, with Vancouverites asked to pick sides, whether they were for #TeamOtter or #TeamKoi.

When the otter couldn’t be stopped or caught, the koi had to be rescued and taken to the Vancouver Aquarium for safekeeping. As of the last report, only one had been saved — but that was big news.

Closer to home, Port Moody residents are concerned about a beaver family living in Suter Brook. It's likely the beavers migrated from Burrard Inlet, and there are now two adults, one kit and one sub-adult living in the urban stream.

When a kit died during a relocation last year, a new beaver management plan was introduced that will ensure beavers can co-exist with humans. The latest update to this is that workers spent hours last Friday putting in a flow-management system that would stabilize the water flow, preventing flooding caused by dam building while also maintaining water levels suitable for beaver habitat.

Finally, in Burnaby, The Tri-City News’ sister paper, the Burnaby Now, reported the sad tale of a landlord who tried to drown a young adult female raccoon. Fortunately, a tenant found the animal, rescued it and kept it warm until the Critter Care Wildlife Society arrived. The animal finally died from its injuries.

The case has now been reported to the BC SPCA cruelty line and the Association of Furbearing Animals.

These stories and more show that humans recognize the responsibility we have for vulnerable creatures living along side of us. While it may seem as if our response to stories of animal behaviour and animal cruelty is overwrought given all the other tragedies of the world, it’s touching nonetheless.

Now, if only many of us could find it within ourselves the ability to care about climate change and the potentially disastrous effects on all living creatures.

1752
Letter: New Coquitlam residents need to adapt to living on the edge of wilderness
893
‘What are they waiting for?’ asks Coquitlam parent worried about long wait for school isolation letter
838
Dentists, midwives and more approved to assist in B.C. vaccination clinics
755
Parent says Port Moody minor hockey not giving a full account of its COVID cases
719
New garden centre hopes to take root in Port Moody