EDITORIAL: The need to use our forests and mountains is greater than ever 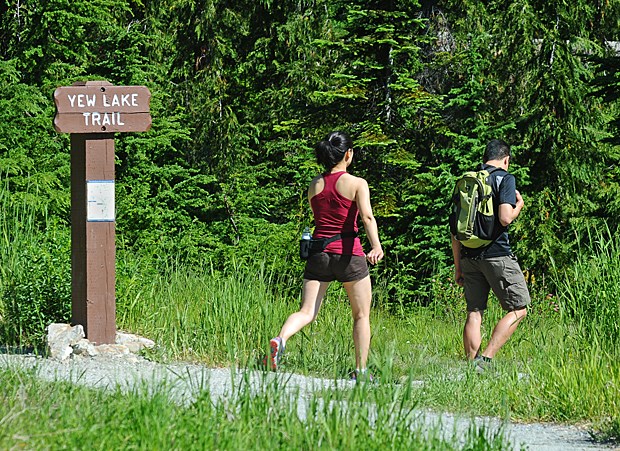 But a reading of the fine print revealed politicians had neglected to mention some of the largest parks closest to the most populated areas – including Cypress and Seymour on the North Shore – would not be among those.

It made little sense at the time, especially as we were being told both to get outdoors for sanity’s sake and to “stay close to home.”

It made even less sense when all science pointed to minimal risks of transmitting the COVID-19 virus outside – especially in a time-limited circumstance like passing on a trail.

More likely, though never explicitly stated, was that the closures had more to do with lack of resources.

Because while B.C.’s parks have been a selling point for many decades, the willingness to fund upkeep and staffing hasn’t kept pace.

Destination BC – the province’s tourism and marketing body – likes to extoll our natural beauty.

But there has to be funding and upkeep of parks to go along with that.

Stats from the Ministry of Environment point to a collective three million visits annually to Cypress and Seymour provincial parks.

Amid our current COVID crisis, the need for respite in our forests and mountains will be even more deeply felt.

We’re happy to see the gates opening and more options for time and space outdoors being made available again.

What are your thoughts? Send us a letter via email by clicking here or post a comment below.