In wake of controversial Vancouver Sun op-ed, promoting Canadian diversity more important than ever
Sep 10, 2019 10:12 AM By: Mike Klassen 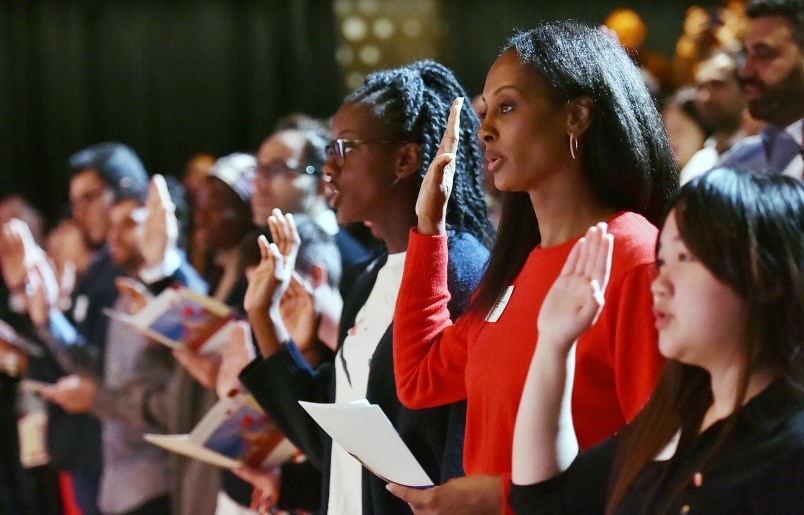 A couple years ago I had the honour to give opening remarks at a ceremony at New Vista Society in Burnaby recognizing a $1.5-million contribution of a benefactor, Ms. Eunice Oh. The society is building a modern care home with a wing dedicated to supporting elderly Korean-Canadians.

Seated in the front row was Sav Dhaliwal, the longtime Burnaby city councillor, current chair of the Metro Vancouver board and one of a handful visible minorities in local government here.

The City of Burnaby is recognized for being one of the country’s most ethnically diverse municipalities, I said, and there can be no greater visual for this than the food court at Metrotown mall.

“In that place,” I commented, “there is more cultural diversity within the range of a pitching wedge shot than at the U.N. building.”

I am convinced that claim was only a slight exaggeration. Metrotown’s mall attracts thousands from diverse backgrounds and age groups each day, who see it as a welcoming place to work, dine, shop and meet up with companions.

For this reason, I was disappointed to see a photo of a crowd at Metrotown accompanying an opinion piece by Mount Royal University instructor Mark Hecht published last weekend in the Vancouver Sun. In his piece, “Ethnic diversity harms a country’s social trust, economic well-being, argues professor,” Hecht appealed for a Canada that was more ethnically pure, and admonished our country’s multiculturalism policies.

Instead of representing something positive — that Canada has many diverse communities — the use of the Metrotown image implied that diversity brings chaos and uncertainty.

An uproar on social media followed the publication of Hecht’s op-ed — both from readers and even Postmedia’s own reporters. It was ultimately removed from the paper’s website and followed by an apology by the paper’s editor-in-chief.

My apology to our readers about the opinion article that never should have been published today. https://t.co/f5GLxwNIhF

The piece had its fans though, including many who decried the paper’s decision to pull the piece, calling it censorship.

In the forthcoming federal election campaign, it is almost certain that the topic of immigration will once again enflame the political debate. In 2015, we all remember how the phrase “old stock Canadians” was coined by Conservative Prime Minister Stephen Harper as a supposed signal to his predominantly white voter base.

Since that time, an entire new political party led by Maxime Bernier, the People’s Party of Canada, has been established, in part, to take a hard line on immigration.

Look to Quebec, where new legislation was passed that disallows teachers and other public servants from wearing head scarves and other religious symbols. Regrettably, most of the federal parties have soft-pedaled their criticism of this discriminatory law for fear of alienating voters in La Belle Province.

In New Brunswick, a former NDP supporter looking to shift his allegiance to the Green Party suggested some New Brunswickers were turned off the NDP because of leader Jagmeet Singh's ethnic and religious background, something the party strongly rejected.

In Vancouver, you do not have to take more than a few steps to find someone who supports the view that immigrants from mainland China are at the root of our challenges around housing affordability, money laundering and the opioid crisis.

Stories in both mainstream and social media continually promote this point of view, so it is no wonder those beliefs are widely held here (and difficult to debate).

Whether Canadians are slipping into a political quagmire over its ethnic diversity is up for debate. However, we can see how xenophobia tears apart civil societies elsewhere.

It will be difficult to convince those who either mistrust or misunderstand groups or cultures that are not their own.

No immigration system is perfect, Canada’s included. During this election, politicians should be talking about ways to prevent queue jumping, or worse, threats to our security.

But we should also be talking about why our diversity makes Canada stronger.

Those connections abroad can help to promote trade and Canada’s influence on the world stage, something we do not yet make the best use of.

For Canadians, immigration is also a matter of self-interest. Our economy would face steep decline if not for the workforce newcomers provide, thanks to our declining birthrates and aging demographic.

If something is to be gained from the controversy around Hecht’s op-ed, it is that it has stirred a conversation about why we must strongly defend Canada’s diversity.