Letter: As you sit in self-isolation, don't forget the 'two Michaels' truly under lockdown in China

The Editor: As we practice self-isolation and social distancing in Canada and around the world, let us not forget diplomat-on-leave Michael Kovrig and businessman Michael Spavor, who have been detained in a tit-for-tat move by China for the past 16 m
May 6, 2020 7:26 AM By: Tri-City News 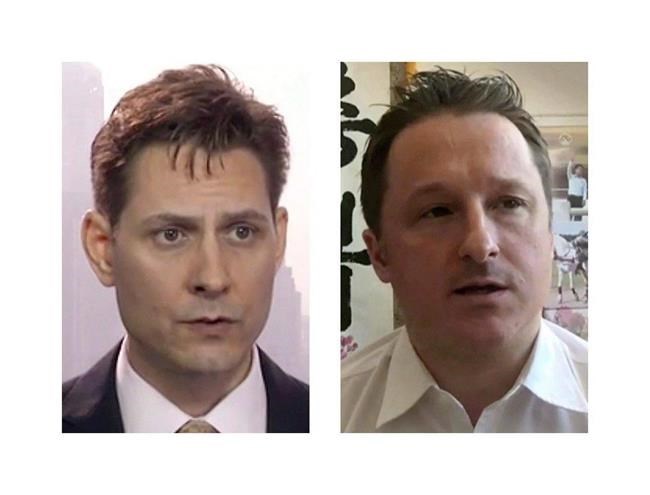 Experts say Ottawa shouldn't expect Beijing to do it any favours and free Michael Kovrig and Michael Spavor in return for medical co-operation on the coronavirus. Kovrig (left) and Spavor are shown in these 2018 images taken from video. THE CANADIAN PRESS/AP

As we practice self-isolation and social distancing in Canada and around the world, let us not forget diplomat-on-leave Michael Kovrig and businessman Michael Spavor, who have been detained in a tit-for-tat move by China for the past 16 months, the last three of which without consular access, allegedly because of the COVID-19 pandemic: no visitors allowed.

Wrongful imprisonment at the hands of communist authorities, with the lights on in their cells for 24 hours a day, accompanied by frequent interrogations is hard for us to fathom, especially when Meng Wanzhou, the Huawei CFO, traipses around her Vancouver mansion encumbered only by an ankle bracelet.

However, the two Michaels are not the only Canadians ever to run afoul of China’s so-called “rule of law,” where the Communist Party is accountable to no one. We also have the example of Kevin and Julia Garratt, two missionaries who ran a coffee shop on China’s border with North Korea at the Yalu River in Dandong.

They ‘disappeared’ in 2014 — she for six months, he for 775 days — in a chess game of sorts, after Canada accused the Chinese of hacking the National Research Council, and following the arrest of a Chinese spy by Canada at the behest of the United States. The suffering of the Garratt couple is recounted in Two Tears on the Window, a book I recommend to anyone who wants a compelling description of psychological struggle at the hands of China’s Ministry of State Security.

The Garratts endured because of their evident faith, and because they had each other. But after she was released, Julia remained isolated in her apartment, and Kevin continued to suffer mentally and deteriorate physically, while in his “black prison” — a for-profit venture, where relatives were expected to pay for inmate food expenses, none of it nutritious or palatable. Despite the grim storyline, there are generous streaks of humour to their account.

Their story is perfect for our times because it forces us to look at enforced isolation in the most populous country on Earth.

I recommend the book to our SD43 School Board and Trustees. As they fret about falling numbers of overseas students from China — despite the alleged lure of its Confucius Institute — as well as job losses, our Trustees remain the highest-paid in the province. As you consider how these Canadian citizens are truly isolated in an authoritarian system, strange as it may seem, at SD43 it is business as usual.