The Editor: Re. “ China has no influence on Coquitlam schools, say trustees, as they double down on Confucius Inst.
Oct 18, 2020 7:47 AM By: Tri-City News 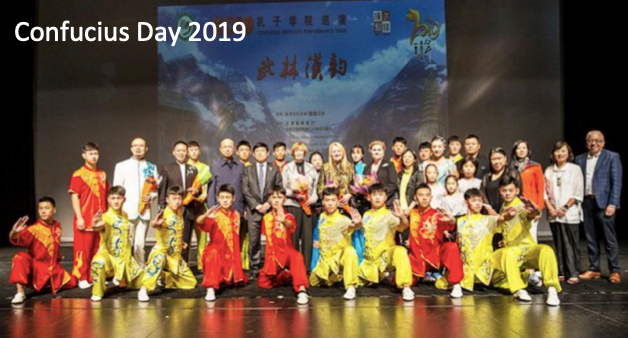 Re. “China has no influence on Coquitlam schools, say trustees, as they double down on Confucius Inst.”

In an effort to eliminate “confusion,” the Coquitlam Confucius Institute is now rebranding after dropping the name of China’s most famous philosopher. Meanwhile, in another shell game, it is no longer affiliated with Hanban, a branch of the Chinese Ministry of Education but will be headquartered in Guangzhou at the South China Normal University in a so-called sister-to-sister relationship with School District 43.

This is all sleight-of-hand. Consider the front page article by the Globe and Mail “Beijing uses B.C. schools to push agenda”, Thursday, Oct. 15, which raises specific concerns as SD43 applies white-wash. Children celebrating the 10th anniversary of the Confucius Institute in Coquitlam can be found in a YouTube video all synchronized and pumping their fists in the air while reciting “I am proud. I am Chinese,” lines from a patriotic poem which also praises the “five-star red flag” as well as the spirit of the Communist revolution.

SD43 Superintendent Patricia Garland has also long claimed that Confucius Institute teachers are sourced within Canada and have undergraduate degrees or more. But upon investigating LinkedIn accounts the Globe and Mail determined that “at least two instructors worked as teachers in mainland China shortly before beginning work for the Coquitlam Institute, which says it only uses local staff.”

On top of this, there have been long standing problems with educational materials in the form of textbooks from China, which depicted Taiwan as a province and Tiananmen Square as sanitized, as reported by the Globe. Clearly, SD43 has been less than truthful about China’s influence on the Confucius Institute, and Garland as its chair in Coquitlam should be held accountable.

But what is the true cost of doing business with Beijing? SD43 sees it as a boon with about 10% of its budget paid for by fees from overseas Chinese students, on average twice the rate of other school districts in the province, according to the Globe. Lest we forget, however, about the over 5,000 British Columbians who have died from overdoses of illicit fentanyl which derives from China.

If we look at the controversy surrounding Huawei, Global News has reported on the link between that company’s sudden rise and the bankruptcy of Nortel, Canada’s telecommunications gem. Too interested in profit margins, Nortel failed to protect its own research and development as China-based military hackers downloaded and stole from executive accounts. The Globe and Mail has also reported that listening devices were found in the former Nortel building walls. Perhaps SD43 would consider this sort of news beyond its purview.

Myopia prevails at SD43. Speech is not free in China. It’s a police state with internet firewalls, censorship in overdrive, intrusive facial recognition technology and a pervasive social credit system to regulate its people. There is no “public” in mainland China, a concept which suggests “openness” — something President Xi sees as a political enemy. It also has an aggressive international agenda which should be clear to all. In other words, the Coquitlam Confucius Institute is just a pretext for “good will.”

Confused? Beijing certainly is not, though it appears SD43 is muddled about which side of the Pacific Ocean it is meant to serve: China and its despotism, or Canada and its democracy? I know which I prefer.