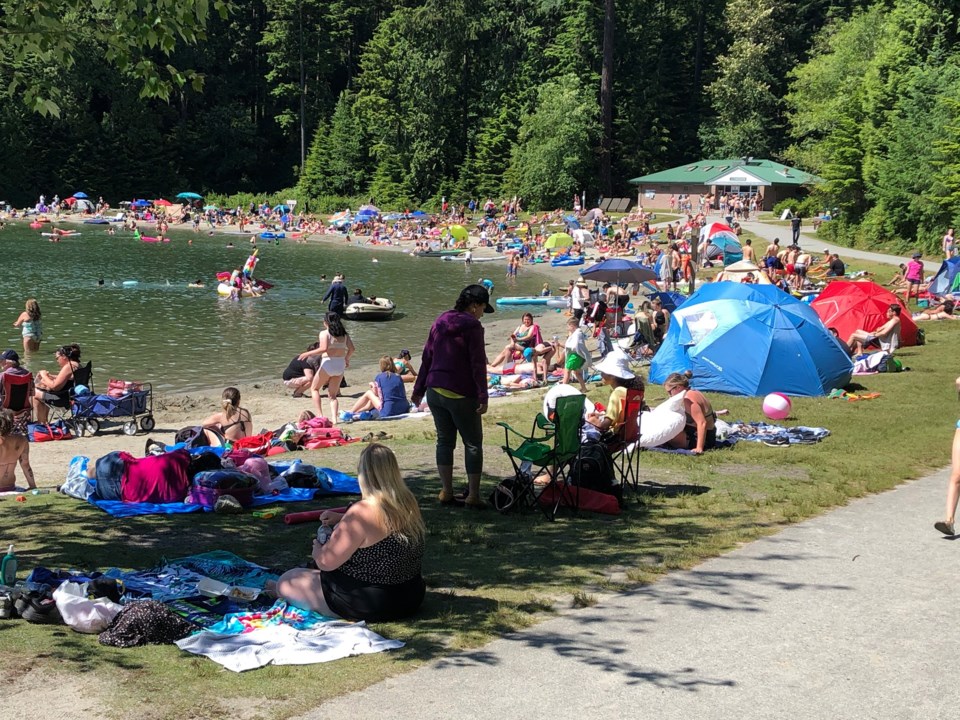 Regarding overcrowding and traffic management issues at local lake areas including Sasamat, Buntzen and Belcarra park:

As these northern shore recreation areas become more widely known to Metro Vancouver residents, there is increasing demand for time and space, which is creating conflicts with those who live in adjacent areas.

We have seen a dramatic increase in visitors resulting in conflicts with local parking restrictions, increased risk for serious pedestrian injuries. Drivers are seeking elusive parking spaces while navigating around park visitors with children and recreation equipment, all while walking along and across the roads. Residents living in the area are experiencing difficulties leaving or returning to their homes due to traffic.

Perhaps we need to think differently about how we use these spaces given the expansion plans for the municipalities in this sector. Why not consider a time slot booking? That way we could ensure the parks and beaches are more accessible in the high demand summer season rather than having the parking areas closed to new arrivals early many mornings due to overcapacity and thus preventing many others from using these areas for the rest of the day.

Higher demand is also leaving an increased amount of garbage left in the park area, which creates not only an unsightly environment but is also a hazard to our wildlife.

A time block could include a requirement that those using the beach areas participate in a collective beach clean up to ensure the area is clean for the next group arriving. A public campaign could be mounted to encourage users to bring their trash home if possible as the garbage containers are often filled to capacity.

This approach could be used by issuing a daily pass in blocks of three hours with a one hour spacing to allow for one group of users to leave before the next group arrives to park.  Time blocks could be from 7-10 a.m. 11 a.m.-2 p.m., 3-6 p.m., with the last block and the remaining hours open to on-demand users. At 30 minutes prior to the end of the block, users are alerted to begin take down of tents or picnic sites, so they can clean up of their immediate area and return to their vehicles to exit the park area.

This is just one proposal which could be amended to ensure more people gets some access to these areas rather than some early risers getting space which they then monopolize for the entire day while others are excluded entirely.