OPINION: Blue Monday might be bogus, but you can still tackle the blahs 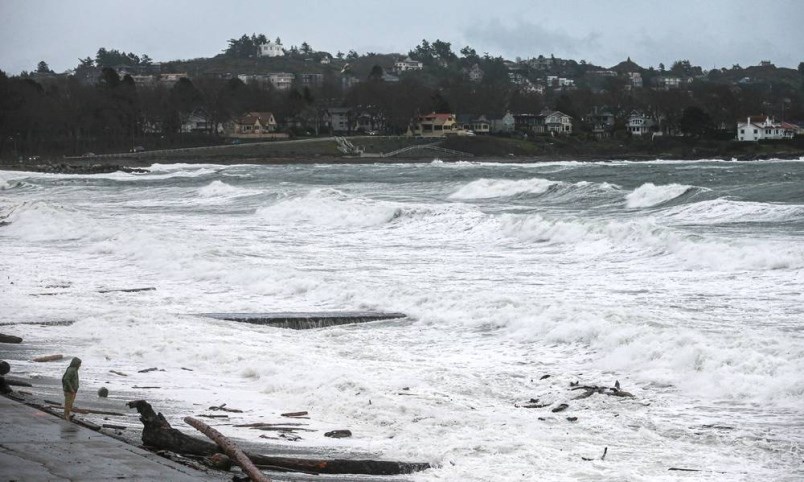 The concept of Blue Monday might be suspect, but January is still a month of short days and long faces, wet streets and dry bank accounts.Adrian Lam / Times Colonist

That is, not to be a whiner, but as we stagger to the end of one full lap of the COVID calendar, throwing the Saddest Day of the Year in our path smacks of running up the score — like Trump’s nutzis coming back to soap the windows of the Capitol the morning after their putsch.

For those unfamiliar with the concept, Blue Monday is supposed to be the most depressing day of winter, the date determined by a scientific formula that combines such factors as post-Christmas debt, filthy weather and guilt over New Year’s resolutions that disappeared before the last of the shortbread.

Note the phrase “supposed to be.” It turns out the science is wobbly, as the whole Blue Monday exercise was launched in 2005 on behalf of a British vacation-travel company eager to herd pasty-fleshed tourists to the sort of hot, sun-soaked destinations favoured by spring break college kids and Alberta politicians.

The psychologist who put his name to the formula in 2005 now campaigns against the very idea of Blue Monday.

Alas, the toothpaste is out of the tube. The Blue Monday myth persists like a bad cold.

Some believe in it the way they believe in O.J.’s innocence, Trump’s claims of election fraud, or Toronto’s need to plan a Stanley Cup parade route.

It doesn’t help that Blue Monday is routinely dragged out as a marketing tool. In Britain, a bank handed out jelly beans as part of a Beat Blue Monday promotion. A grocer gave away fruit for Blueberry Monday.

A few years ago, a study done in conjunction with the Florida Department of Citrus showed Canadians to be at a low ebb around Blue Monday, a condition that could be miraculously improved by adopting a healthy diet that included — surprise! — a nice glass of Florida orange or grapefruit juice. (This raised the obvious question: Why couldn’t the study have been done in conjunction with Toblerone or Smirnoff instead?)

This year, a Canadian company is pushing back. Insolvency trustees Bromwich and Smith propose countering the debunked Blue Monday with something called Hope Tuesday.

The company also just released the results of a survey in which it asked 1,520 Canadians this question: “Looking back, what were some surprisingly positive consequences, if any, that came out of COVID?”

The most common answer was: “I’ve taken life at a slower pace.” Three in 10 said their interest in hobbies such as cooking, reading and art has been rekindled, while a similar number said they have saved money.

Others said they had gained a new perspective on life during the pandemic, become closer to their families, or become more comfortable being on their own. A few used the opportunity to reset their lives or gather the courage to make a career change.

The idea of the exercise, according to Bromwich and Smith, was to show a glimmer of hope during the darkness before the dawn, at a time when seasonal sadness overlaps with pandemic fatigue.

For here’s the thing: While the Blue Monday formula might be bogus, the January Blahs are real. Always have been.

Slap lipstick on it if you like, but January is still a month of short days and long faces, wet streets and dry bank accounts. January is the guy who drops cigarette butts in your beer.

This year, that’s magnified by COVID-19. People are weary, and it shows. Bedtime is 8 p.m. A nun gave you the finger. CHEK just launched The Down Side, featuring Ed and Jeff slumped sullenly in their chairs, unshaven and unsmiling, not saying a damn thing.

The question is: What are we going to do to chase those blues away? Allow me to drag out some tried and true ideas:

• Try a new sport. If you don’t like it, change channels and try another.

• Bake some delicious treats for your co-workers. That should take care of those bastards still clinging to their resolutions.

• Learn to sing in harmony with your dog.

• Spruce up a bit. Iron your sweatpants.

• If you call up Post 10 on ­YouTube, you’ll find videos of a guy clearing blocked storm drains. It’s mesmerizing. Start watching now. You might not lift your head up until the end of the pandemic.

• Be kind to someone. Blue ­Monday or not, it’s a glum time for many. In choosing to brighten their day, it might brighten yours, too.

And remember, spring is ­coming. It always does.