One of the best moves by B.C. during the pandemic was quarantining arriving temporary foreign workers back in April. Every week, hundreds of TFWs arrive at YVR to begin jobs at more than 450 B.C. farms.
Jun 29, 2020 9:48 AM By: Keith Baldrey 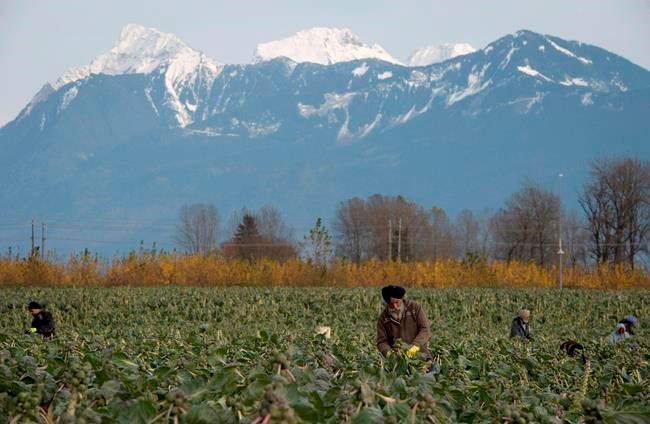 One of the best moves by B.C. during the pandemic was quarantining arriving temporary foreign workers back in April.

Every week, hundreds of TFWs arrive at YVR to begin jobs at more than 450 B.C. farms. Upon arrival, they are immediately placed in a 14-day quarantine in a hotel room near the airport.

This was not always the case. The decision to forcibly quarantine them in hotels - rather than relying on farms to quarantine workers in congregated quarters - was made only after an outbreak at a West Kelowna nursery saw 20 TFWs contract COVID-19.

So far, 28 TFWs in quarantine have tested positive. If they had not been quarantined, they would have been free to travel to 28 farms to potentially infect hundreds of others.

It is exactly what happened in Ontario, which has seen outbreaks at 17 farm operations. More than 600 migrant farm workers have tested positive and three of them have died.

Agriculture Minister Lana Popham told me the outbreak in West Kelowna set off alarm bells and had officials thinking of options never even considered before.

“It seemed like a pretty large idea to think about quarantining them as they came in,” she told me. “We didn’t know it would be so dramatic.”

So far, about 3,100 migrant workers were placed in quarantine. As of this column’s writing, almost 600 of them are currently under quarantine (more than 2,500 have left quarantine to go work on farms in the Okanagan, the Fraser Valley and Vancouver Island).

So far, costs are approaching $10 million and will greatly exceed that figure as thousands more TFWs will arrive throughout the summer. But good policies cost money and Popham says the alternative could have been much more costly.

“We could have had 28 outbreaks around the province with hundreds getting infected,” she said.

Health Minister Adrian Dix noted to me that other provinces are now following B.C.’s lead.

“From a public health perspective, it needed to be done,” he said. “B.C.’s approach was a unique one and I think an important one.”

By the end of the growing season, more than 7,000 migrant farm workers will have arrived in B.C. So far, the quarantine policy has been working.

Popham says it is not without its challenges.

“Things like how can they exercise? Many of them smoke and how can that occur?” she said. “Even things like giving them access to the right kind of food is a challenge.”

Moreover, she points out many of these TFWs have been coming to B.C. for years to find work.

“One fellow has been coming here for eight years. At night, he uses Facetime to tutor his kids back home in Mexico,” she said. “They all have stories.”

And because of B.C.’s rigorous quarantine rule, they will continue to have jobs at safe job sites.