As the number of COVID-19 cases in this province dramatically escalates, it is difficult not to envision a return of some of the tighter measures we experienced when this pandemic first began.
Nov 16, 2020 8:09 AM By: Keith Baldrey 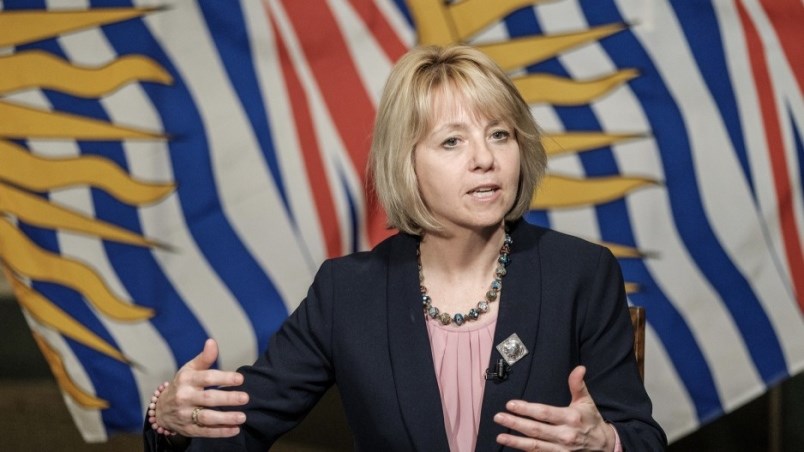 As the number of COVID-19 cases in this province dramatically escalates, it is difficult not to envision a return of some of the tighter measures we experienced when this pandemic first began.

We have broken through the 600-a-day case threshold and our doubling rate now sits at 13 days.

The number of people in hospital due to having COVID-19 has more than doubled since the last week of October, as has the number of patients in critical care.

Provincial health officer Dr. Bonnie Henry has banned social gatherings in Metro Vancouver. We should know this week whether that is having any impact.

I will be surprised if the numbers fall off to any great degree. That’s because the virus appears to be running rampant in one particular area of the province – Surrey – and a ban on social gatherings may not be a strong-enough measure to stop the spread.

Data released by the B.C. Centre for Disease Control last week showed that in October the number of COVID-19 cases in Surrey grew by 2,179. The next highest case count was in Vancouver with 658.

Other municipalities had much lower numbers. Burnaby had 287, North Vancouver had 148, West Vancouver had 81, New Westminster had 94 and the Tri-Cities had 363.

It will be interesting to see whether this huge spike in cases in November is still centered in Surrey or whether it has become more spread out.

Given that Fraser Health (of which Surrey is by far the biggest city of any municipality within its boundaries) has routinely accounted for 65-75% of the positive cases each day, all this month it is unlikely the geographical breakdown of cases has changed.

If the ban on social gatherings does not have the desired effect, will other measures be implemented?

Other jurisdictions where the virus is surging have gone that route. Manitoba, which has the worst per-capita showing of COVID-19 cases, has closed all non-essential retail outlets and has banned indoor dining and gatherings.

Parts of Toronto have different restrictions and many areas ban indoor dining. Ontario’s public health modelling projects that province could hit 6,500 cases a day by mid-December.

Across the border in Washington, a four-week semi-lockdown began this week. Restaurants and bars are closed to on-site activities and retail stores are limited to 25 per cent occupancy (the state is now setting daily records of more than 2,000 cases a day).

Henry has already opened the door to region-based restrictions. If our daily case numbers do not start declining soon and by a significant amount, do not be surprised if things like a regionally focused ban on indoor dining and reduced retail activities (perhaps even mandatory mask-wearing) are back on the table.

The virus is rampaging around the world, and we are now in that “second wave” that we all dreaded when this pandemic began. However, back then we did not know what the second wave would actually look like.

Now we know and it is a discouraging and scary sight.

Rising number of Canadians ready to rethink country's relationship with the monarchy: poll
Mar 1, 2021 6:00 AM