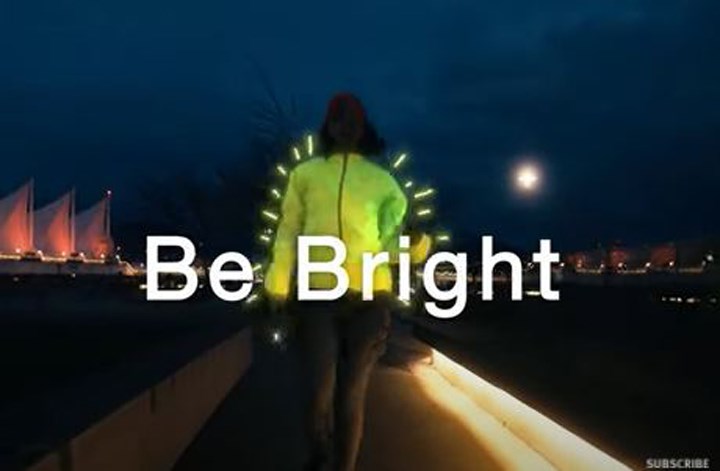 A clip from a TransLink safety video. Screenshot

An 81-year-old Burnaby resident has now died after they were hit by a driver at the intersection of Imperial Street and Sussex Avenue.

It’s another pointless death of a pedestrian and the fifth such incident in Burnaby in the last few weeks.

There’s clearly dangers when to comes to being pedestrian, especially, it seems, during the rainy and dark winter months.

But the response is not for government and security agencies to launch campaigns that imply it is the pedestrians who need to make changes – as opposed to the drivers.

And yet that’s what TransLink has done with the launch of a new safety campaign that is aimed at pedestrians and not drivers.

Yes, the focus is pedestrian safety on transit, but it includes a video in which pedestrians are seen walking down sidewalks too.

The ridiculous video, seen below, is all about telling pedestrians to “wear bright colours” – something that frustrates many safety advocates because the messaging implies that it’s up to pedestrians to protect themselves instead of going after drivers who put people’s lives at risk.

The video is supposed to be fun and clearly aimed at young transit users. The TransLink news release that was sent to me talks about “partnerships with several fashion brands for giveaways” and it’s just so annoying.

We’re in the middle of a pandemic and yet TransLink is putting resources into a pop music-style video and fashion partnerships. Oh, and uber-obvious tips like hang on while you’re on a bus or, get this, wear warm clothing in winter.

It feels like a make-work project. I’d rather see resources put into a campaign focused on drivers instead of lecturing pedestrians to watch out for reckless people behind the wheel.

For what it’s worth, here are the tips for pedestrians from TransLink.