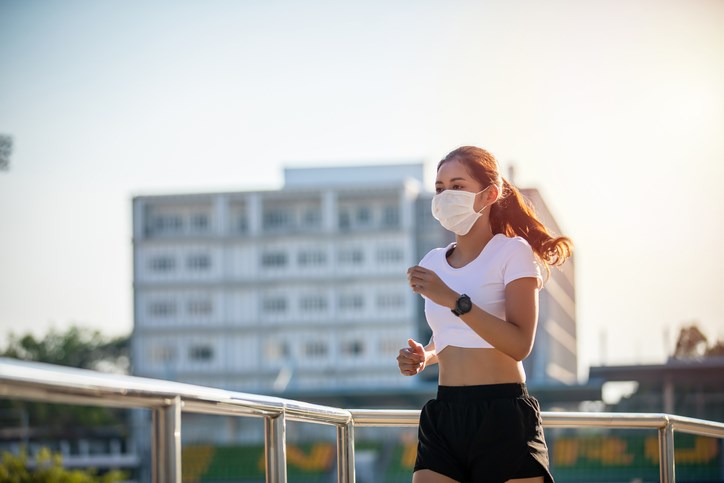 British Columbia is inching closer to the first anniversary of the interruption caused by the COVID-19 pandemic. Over the past few weeks, we have seen some optimism in the province in regards to the vaccine rollout as well as significant support for a gradual reopening of the economy.

This month, Research Co. and Glacier Media sought to review the way in which different levels of government and society have fared in the eyes of residents. One of the crucial goals of this analysis was to pinpoint just how many people believe that the pandemic is a sham. Across the province, 82% of British Columbians think COVID-19 is a real threat, while 15% believe it is not and 3% are undecided.

There is no gender gap when it comes to what we can safely describe as “pandemic skeptics,” but the group trends upward among British Columbians aged 18 to 34 (18%), as well as residents of northern B.C. (29%) and southern B.C. (26%). Adults of European and First Nations descent are more likely to question the seriousness of COVID-19 (18% and 16%, respectively) than those of South Asian and East Asian heritage (10% and 7%, respectively).

Provincewide, the perceptions of British Columbians on the actions of their elected officials remain positive. Three in five of the province’s residents (60%) are satisfied with the way the provincial government has handled COVID-19. The rating is slightly lower for municipal administrations (58%) and for the federal government (53%).

The official opposition parties – in both Victoria and Ottawa – have had little opportunity to grow and currently hold a satisfaction rating of 32% each. The BC Liberals are in the opening stages of a leadership race that will conclude next year. When we last asked British Columbians about Conservative Party of Canada leader Erin O’Toole in December, only 32% approved of his performance. The vaccine rollout may have provided a chance for some pointed criticism, but few British Columbians are ready to change the decision-making teams in the middle of the pandemic.

Closer to home, more than seven in 10 British Columbians are satisfied with the way their family (83%) and their friends (73%) have behaved during the pandemic. Majorities also express satisfaction with the performance of television news (63%), radio news (57%) and newspapers (55%).

The rating is slightly lower for non-governmental associations (52%), and a third of the province’s residents are satisfied with what unions (35%) and trade associations (34%) have done. This does not mean that dissatisfaction is high, since more than two in five British Columbians are not sure about the contributions of these last two entities.

A sociological trend emerges when we focus on how two distinct groups feel about governments. Sizable proportions of British Columbians who think the pandemic is a real threat are satisfied with the way Victoria and Ottawa have fared (66% and 60%, respectively). Conversely, significantly fewer of those who seem to equate the pandemic to a hoax are content (14% and 13%, respectively).

A similar situation ensues when we analyze the media. While 66% of British Columbians who think COVID-19 is a real threat are satisfied with how newspapers have handled this story, only 7% of those who think it is do not concur. The difference is also present for news on television and radio.

Our emotional reaction to the pandemic can also affect how we relate to others. Across the province, 16% of British Columbians say they have unfollowed a person on social media over a disagreement related to COVID-19. In addition, 13% have stopped talking to a friend – including 24% of those aged 18 to 34 – and 8% ceased communication with a relative because of a discrepancy related to the pandemic.

The pandemic skeptics are more likely to be abandoning established relations because of their stance. Almost a third of British Columbians who do not believe COVID-19 is a real threat have unfollowed a person on social media, and one in four have cut off family members (26%) or friends (25%) because of a disagreement over the pandemic.

Many of us have witnessed the insults uttered towards reporters by people in mask-less crowds and received messages from individuals who are, perhaps unwittingly, dabbling on the worst that cultism has to offer. Let us not assume that their attitude is representative of the entire province. Even after almost 12 months of various forms of confinement, the vast majority of British Columbians consider the pandemic a real threat and have acted accordingly.

There is indeed a tiny group of residents who suggest that life in British Columbia should never have changed in March 2020. They are hostages only of their own insecurities, as demonstrated by the fact that they are more likely to break up with family and friends over a perceived failure to abide by their purported enlightenment. The panicky appeals of these elements of our society deserve neither ink nor airtime.

Results are based on an online survey conducted from March 1 to March 3 among 800 adults in British Columbia. The data has been statistically weighted according to Canadian census figures for age, gender and region in British Columbia. The margin of error, which measures sample variability, is plus or minus 3.5 percentage points, 19 times out of 20.