Support for weeding out gas-powered landscaping gear is growing

Leaf blowers pegged as the worst noise offenders in poll of British Columbians.
Jul 12, 2021 6:00 AM By: Mario Canseco 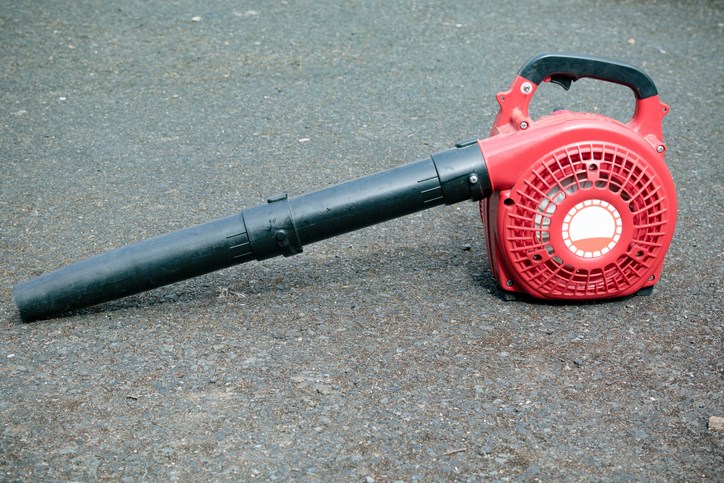 Leaf blowers are the most polarizing tool in a recent poll of British Columbians, with roughly the same proportion of people endorsing a ban (38%) or opposing it (40%). Ben Gingell/iStock/Getty Images Plus
Last month, two very similar motions were introduced in Vancouver City Council to address the current and future use of landscaping equipment. Couns. Adriane Carr and Sarah Kirby-Yung want to establish guidelines that would prohibit the use of gas-powered tools across the municipality by 2025.

At this moment, a noise bylaw forbids the use of leaf blowers in Vancouver’s West End, and the devices are supposed to be operated within 50 metres of any residence at specific times on weekdays and Saturdays along other areas of the city. This bylaw – like many others – is particularly difficult to enforce. Many areas that have been cleared of debris with a leaf blower lie within just a few metres of homes.

Vancouver is not alone in seeking some changes to the status quo. Over the past few years, municipalities like Oak Bay and Saanich have also considered bans on gas-powered landscaping equipment. Other jurisdictions have been remarkably quick. In California, the City of Los Angeles banned the use of gas-powered leaf blowers in 1998, with regulations that contemplate fines not just for the operators of the equipment but also for the people who procured their services.

Research Co. and Glacier Media asked British Columbians about the types of landscaping equipment that have been used in their property. Almost two in five residents (38%) recall a gas-powered lawn mower being operated, while three in 10 (30%) remember the use of an electric lawn mower.

At this stage, electric leaf blowers appear to be more prevalent (27%) than their gas-powered counterparts (20%). Significantly fewer residents have relied on reel lawn mowers (10%), the quietest option available for cutting grass.

There are two aspects that motivate the proposed bans on the use of gas-powered landscaping equipment. There are concerns about the amount of noise that these tools generate – even if they are supposed to be used at specific times of day – as well as a preoccupation with the air pollution that they can be responsible for.

When we asked British Columbians how concerned they are about each type of pollution associated with the use of landscaping equipment, 50% say they are worried “a great deal” or a “fair amount” about noise – a proportion that rises to 54% among those aged 18 to 34 and to 55% in Metro Vancouver.

Preoccupation with air pollution is ranked slightly lower, with 44% of British Columbians saying they are worried about this “a great deal” or “a fair amount.” Once again, the province’s youngest adults (50%) and those in Metro Vancouver (51%) are more likely to voice concerns.

When British Columbians are asked to ponder a ban on certain types of equipment, some clarity begins to emerge. For starters, electric tools are decidedly more welcome in our lawns and gardens. Only 27% of the province’s residents would be willing to forbid electric lawn mowers, with 53% opposing this course of action. Just over three in 10 (31%) would prohibit the use of electric leaf blowers, while almost half (48%) are against this idea.

Support for enacting a bylaw that would cancel the use of gas-powered landscaping equipment in a municipality is not overwhelming. Leaf blowers are the most polarizing tool, with practically the same proportion of British Columbians endorsing a ban (38%) or opposing it (40%). While one-third of the province’s residents (34%) support prohibiting gas-powered lawn mowers, 44% are against this notion.

There is a generational divide on the issue of gas-powered lawn mowers, but it is not as radical as what we have observed on other topics over the past few years. Support for banning these tools reaches 39% among British Columbians aged 18 to 34 but falls to 34% among those aged 35 to 54 and 30% among those aged 55 and over.

At this point, concerns about noise and air pollution from landscaping equipment is higher than the level of support for an all-out ban on gas-powered tools. British Columbians appear to be aware of the challenges ahead but are not yet ready to endorse authoritative legislation. If the changes sought by Coun. Carr and Coun. Kirby-Yung are implemented, the City of Vancouver may provide a road map for other municipalities and, eventually, for the entire province. •

Results are based on an online study conducted from June 18 to June 20, 2021, among 800 adults in British Columbia. The data has been statistically weighted according to Canadian census figures for age, gender and region in British Columbia. The margin of error, which measures sample variability, is plus or minus 3.5 percentage points, 19 times out of 20.