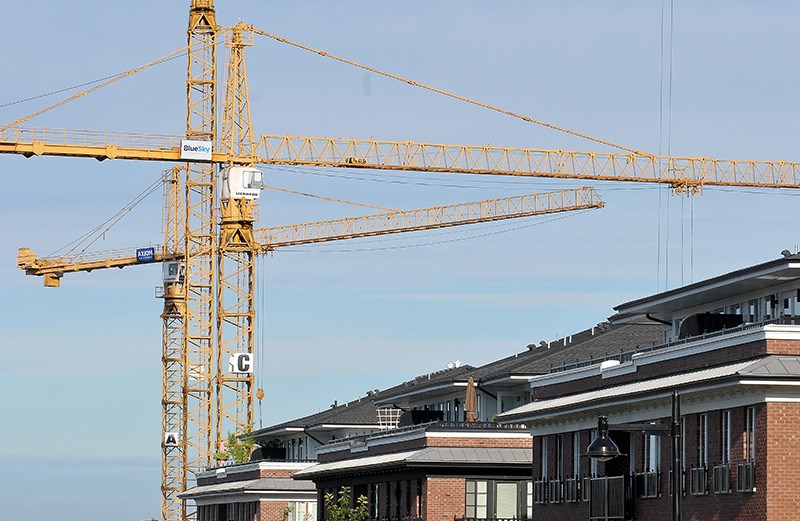 Burquitlam-Lougheed, near transit, is one area where densification could provide more housing, according to the city of Coquitlam, which proposes to re-designate about 500 acres of land for a range of housing types, including townhouses, apartments, and duplexes.Mario Bartel

Coquitlam has more than $10 million for affordable housing projects on the go and is looking at ways to help non-profit agencies build their expertise to develop projects for people with low incomes.

The initiative comes as rising home prices, new development spurred by the Evergreen Extension and the influence of foreign buyers to the market raise fears about the city’s affordability.

One issue is a shortage of rental accommodation and the city is moving fast on that file, according to recent statistics, but getting enough non-market or low-market housing is proving a challenge.

These numbers are still higher than in the previous eight years, between 2007 and 2015, when there were just 67 purpose-built market rental units and 78 non-market units built in Coquitlam.

To boost affordable rental stock today, the city has hired two facilitators, at a cost of $200,000 over two years, who are working with various agencies, governments and non-profits to deal with issues and remove roadblocks.

And so far, having targeted staff work on the file appears to be getting some results, according to an update on the city’s Housing Affordability Strategy.

A report to Monday’s council meeting stated that a number of projects have received funding from the city’s Affordable Housing Reserve Fund, including renovations on the Talitha Koum transition house and housing for seniors through the Finnish Canadian Rest Home Association.

As well, the housing facilitators are working with Habitat for Humanity on a memorandum of understanding for an affordable housing project at 1358 Coast Meridian.

Other projects in the works include the 75-unit rental apartment at 1110 King Albert St. that is expected to request $522,000 from the affordable housing reserve fund. Developed by the United Church of Canada, the project will designate one third of its units for people making between $35,000 and $55,000 annually. The project is made possible by the donation of land from the United Church and $4.5 million from BC Housing.

Kinsight (formerly the Simon Fraser Society for Community Living), is expected to request $961,525 from the city’s affordable housing reserve fund to buy six affordable housing units for people living with disabilities and whose provincial shelter allowance is only $375 a month.

In addition to these projects, there are other developments in the works that could see applications for another $4 million from the affordable housing reserve fund.

Still, more work is needed, and the report suggests the city needs to do more to promote its affordable housing strategy, with the idea of hosting a housing summit that would bring together potential developers, housing providers and partners.

It could also offer assistance in capacity building — such as linking non-profits with credit union and building experts — and possibly even property tax exemptions to encourage these groups to consider building non-profit, affordable housing.

The report also noted it’s important to provide a range of housing options and noted its housing choices review is looking at increasing the number of townhouses, duplexes and secondary suites.

In Burquitlam-Lougheed Neighbourhood, which is near the Evergreen Extension, the city is proposing to re-designate 100 acres of land for the development of up to 1,500 townhouse units, 300 acres for up to 7,000 to 8,000 apartment units, and 85 acres for up to 625 housing choices units, such as duplexes, triplexes and narrow-lot single-family homes.

But the city can only do so much, the report notes, and partnerships are key to building units that are affordable, the report states.

“Housing affordability affects many of the city’s residents. Although municipal resources to address this issue are limited, financial contributions leveraged through partnerships with senior government, private and community partners make affordable housing projects possible. The Affordable Housing Reserve Fund allows the city to partner with others and be ready to act when project opportunities arise,” the report states.