Flavelle gets green light from Metro

Port Moody council is expected to adopt amendments to its bylaws and official community plan at its Tuesday meeting that will pave the way for the redevelopment of the Flavelle cedar mill site into a mixed-use urban neighbourhood.
Jun 12, 2018 11:40 AM By: Mario Bartel 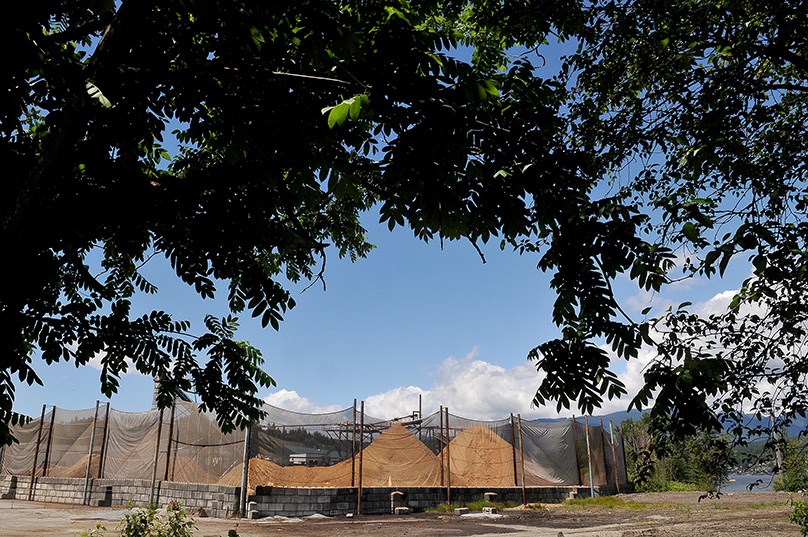 Approval by the Metro Vancouver board of directors to redisgnate the site of the Flavelle cedar mill in Port Moody from industrial to general urban use could pave the way to its redevelopment as a high-density neighbourhood.MARIO BARTEL/THE TRI-CITY NEWS

Port Moody council is expected to adopt amendments to its bylaws and official community plan at its Tuesday meeting that will pave the way for the redevelopment of the Flavelle cedar mill site into a mixed-use urban neighbourhood.

The amendments went before council after the Metro Vancouver's board of directors approved the city’s request for an amendment to the regional growth strategy to change the designation of the 12.7-acre site adjacent to Rocky Point Park from industrial to general urban use.

That means the property’s owners, Flavelle Oceanfront Development, will be able to continue with its proposal to turn the mill site, that also includes a small parcel of municipal land, into a high-density neighbourhood that could become home to up to 7,000 residents. They would live in 3,400 residential units in 11 towers ranging from 16-38 storeys, as well as live-work units and 60 to 70 rental apartments in a low-rise building.

The project would also include retail, office and light industrial spaces that could create an estimated 1,130 full-time jobs. A hotel and congregate care facility could also become part of the plan, if there’s market demand.

Flavelle said it will dedicate almost a quarter of the site to public park and open spaces, including a new boardwalk along the shore of Port Moody Inlet that links to Rocky Point Park.

Flavelle first proposed its new plan for the waterfront property — that’s been a mill for more than 100 years — in 2015, after a previous request to re-designate the site was rejected by Metro Vancouver because the company had no compelling blueprint for its redevelopment in place. The latest proposal was crafted after several consultations with the community, including open houses, information meetings and site tours, over two years.

Blair Chisholm, the vice-president of Brook Pooni Associates, that managed that process for Flavelle, said it conducted more than 2,000 conversations with residents. And, she said, more will come before a shovel ever hits the ground, likely in two to four years.