No rental zoning for Port Moody

Port Moody won’t be restricting four multi-family properties in the city to rental only after all.
Feb 27, 2019 7:01 PM By: Mario Bartel 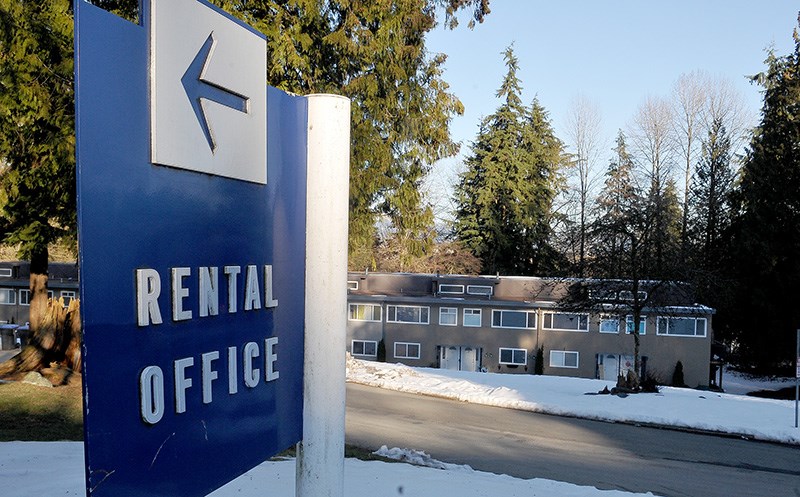 Port Moody won’t be restricting four multi-family properties in the city to rental only after all.

At its meeting Tuesday, Port Moody council heeded a staff recommendation that it not proceed with a bylaw it was considering last December for such zoning for properties at 3370 Dewdney Trunk Rd., where PC Urban has been approved to build 229 market-rental and five below-market-rental units; and another project to be built by Woodbridge Homes at 3131-3137 St. Johns St.

Two other properties council was considering for rental zoning are already occupied by rental townhouse complexes; Moray Place is a non-market 52-unit complex owned by Metro Vancouver Housing; and Woodland Park, on Cecile Drive, is a 200-unit market rental development.

Coun. Hunter Madsen said zoning properties for rental-only where rental projects are already in existence, or where new rental projects have been approved, seems redundant and not in the spirit of the power municipalities had been granted by the provincial government last May to create rental-only zones.

In his report to council, Port Moody’s social planner, Liam McLellan, said the developers of the two new rental projects that council approved last year have already made agreements with the city to protect their rental status for at least 20 years. He added that even after those agreements expire, council could still reject any application to convert the properties to strata.

In a letter to council, Robert Cadez, the director of development for PC Urban, said if its property on Dewdney Trunk were rezoned, it would have significant less value than its current zoning and could jeopardize financing for the rental units it intends to build there.

“This change creates unnecessary duress to our project,” Cadez said.

James Howard, president of Woodbridge Homes, told council rezoning his project to rental only would present an additional burden by changing the rules just as construction is about to begin. Instead, he suggested, council should focus on incentives to builders that would make the construction of rental projects more financially viable, like streamlining the approval process.

“This is the conversation we should be having,” he said.

Coun. Diana Dilworth suggested municipalities could throw that ball back to the province by challenging it to change the way rental properties are assessed so they don’t lose value but, rather, increase in value “because of what they bring to the community.”

Coun. Meghan Lahti agreed, adding if that doesn’t happen, “we’re never going to be able to get on the other side of this.”

In his report, McLellan also said the city already has several tools — such as its rental protection, strata conversion and tenant relocation policies — that could be used to protect rental housing like Woodlands Park, which was recently purchased by rental housing developer Edgar Development. And it could have even more input if the owners apply for any changes to the land use.

“Existing policies… would also enable council to control the process to ensure existing residents are not displaced,” McLellan said, adding only New Westminster has so far rezoned six properties that had specific conditions into rental-only while Burnaby has created rental zones in that city but has yet to apply them to any properties.

At council’s request, McLellan said staff will continue to look at ways to create incentives for new rental units as well as research how best to apply the power municipalities have been given to zone for multi-residential rental housing.