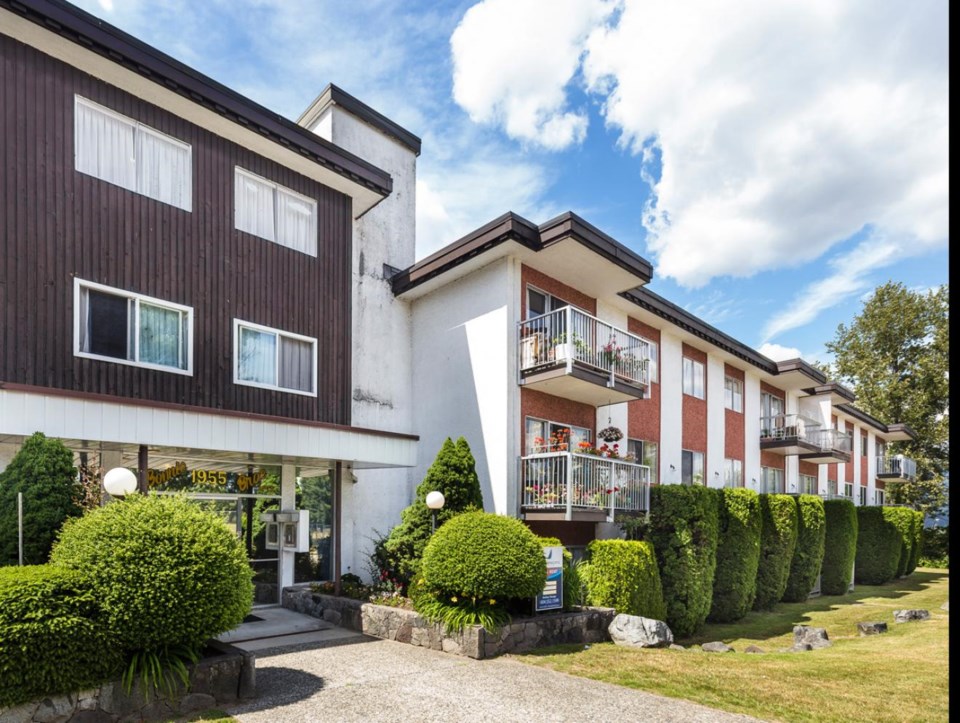 Most tenants at the Bonnie Brae Apartments at 1955 Western Dr., Port Coquitlam, are appealing their eviction notices with the Residential Tenancy Branch.

Tenants of Port Coquitlam rental homes will be able to return to their renovated suites and still pay the same price as when they left.

That’s the thrust of a proposed policy that will go before PoCo city council next Tuesday in which the public can also have its say.

The draft business bylaw amendment, which received three readings last week, comes in response to the city’s first “renoviction,” a mass eviction of tenants by a landlords wanting to renovate a building and jack up rents.

Renovictions have become commonplace around the Lower Mainland in recent years with the hot real estate market, leaving thousands of tenants scrambling to find alternate accommodations.

At the 51-year-old Bonnie Brae Apartments in PoCo — located at 1955 Western Dr., in the Mary Hill neighbourhood — most of the 100 tenants are now appealing their four-month evictions, due to start on June 30.

Many tenants are on fixed incomes and a few have lived in their units for nearly 30 years, said a spokesperson who declined to be named.

Today (Tuesday), Mayor Brad West told The Tri-City News that kicking renters out then doubling their housing costs after improvements are made is “immoral. That’s not how we treat people and we’re not going to allow it.”

Under the proposal, rental apartment businesses with five or more units that plan to make repairs or renovations have to provide interim accommodations. And after the construction project is done, there can’t be a hike in rent (landlords also have the option to relocate displaced tenants to a comparable unit).

But where the two bylaws differentiate, West said, is that the Royal City’s policy is effective when the renovations are set to take place while PoCo’s bylaw starts when the tenant gets an eviction notice.

West said PoCo council tried to find a balance with its renoviction bylaw to allow rental building owners to find a return on their investment but also “stop the predatory practice — the immoral practice — of removing a long-term tenant, putting in an appliance or cosmetic feature and doubling the rent. That has to stop.”

West will meet with the Bonny Brae landlords on Monday to discuss specifics of the draft bylaw. Fourth reading of the building bylaw amendment is set to take place at the March 26 city council meeting, starting at 6 p.m.


WHAT THE PROVINCE IS DOING

Last May, the provincial government changed the Residential Tenancy Act to address renovictions. The changes included raising penalties for landlords found to be acting in bad faith and:

• providing tenants with more time to find alternate housing if their landlord ends a tenancy to demolish or renovate a unit;

• giving tenants more time to dispute a notice to end a tenancy for demolition, conversion or renovation;

• and including a first right of refusal for tenants to return to multi-unit buildings when they are evicted because of renovation or repair.

Taking further action against renovictions is among the 23 recommendations of the Rental Housing Task Force; the Ministry of Municipal Affairs is now reviewing these recommendations.