When Lisa Nadalin and Marnie Maule, owners of 4Cats Shaughnessy , decided they wanted to open a business in the heart of their hometown, 4Cats Arts Studio was a perfect fit. 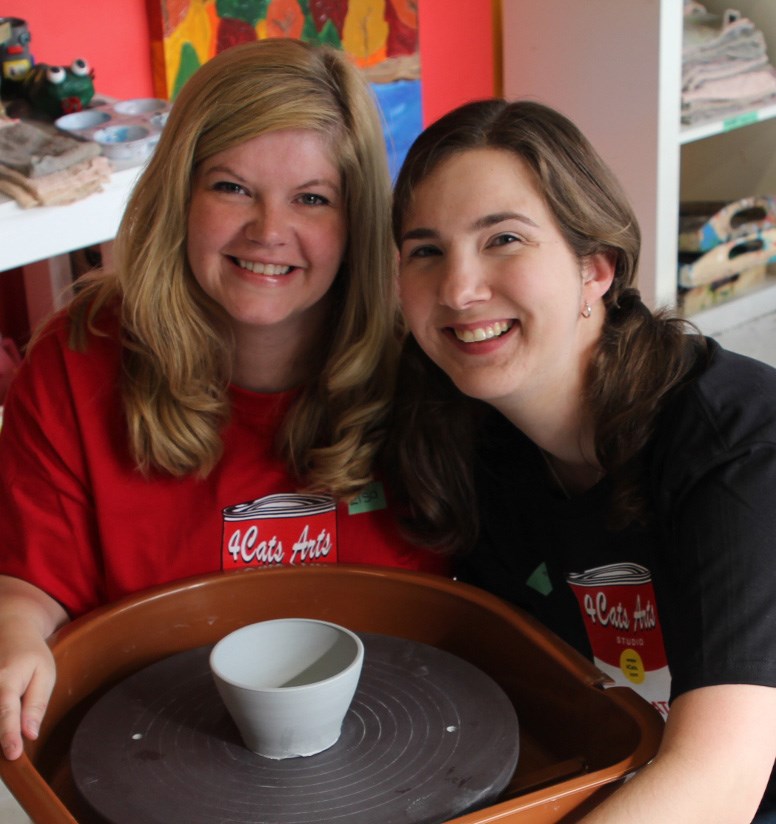 When Lisa Nadalin and Marnie Maule, owners of 4Cats Shaughnessy, decided they wanted to open a business in the heart of their hometown, 4Cats Arts Studio was a perfect fit.

Not only would they be able to have a business in downtown Port Coquitlam, where they grew up, that business would also support and teach children – much as the neighbourhood had supported them throughout their lives, Nadalin says.

“We had our hearts set on downtown, because that's where we were born and raised,” she adds. “It's family, it's community, it's everything to us.”

Nadalin became familiar with the 4Cats franchise through her children, and introduced her cousin, Maule, to it. When they were ready to go into business together, it was the perfect fit. Now, the studio has a full-time curator, and Nadalin and Maule work onsite as well.

The art studio offers classes, workshops and parties for children, families and adults.

Throughout its four years in the Shaughnessy neighbourhood, the studio has become an important part of the downtown community, taking part in events and staying involved.

The studio has been a part of May Day festivities, Mother’s Day at Lions Park and more, with Nadalin and Maule setting up a tent at city festivities and bringing the art outdoors.

“If there is an event being held in the city, we like to participate in it,” Nadalin says.

The studio is also available for field trips and team building. Groups can discover their artistic side and work together to create a masterpiece inspired by “the greats” like Gustav Klimt, Georgia O'Keefe and Vincent VanGogh to name a few.

The most popular field trips take kids into the splatter paint room, where they can express themselves like Jackson Pollock.

“That one’s really popular because you can't do that at school, you can't throw paint!,” Nadalin says. “The kids really love it.”

Come take a tour of the vibrant and fun studio.