Get ready for Canada’s ‘other’ hockey season

Canada’s “other” hockey season is right around the corner. And the Tri-City Eagles Field Hockey Club is eager to have its players dust off their sticks and hit the turf for another fast-paced and exciting spring schedule. 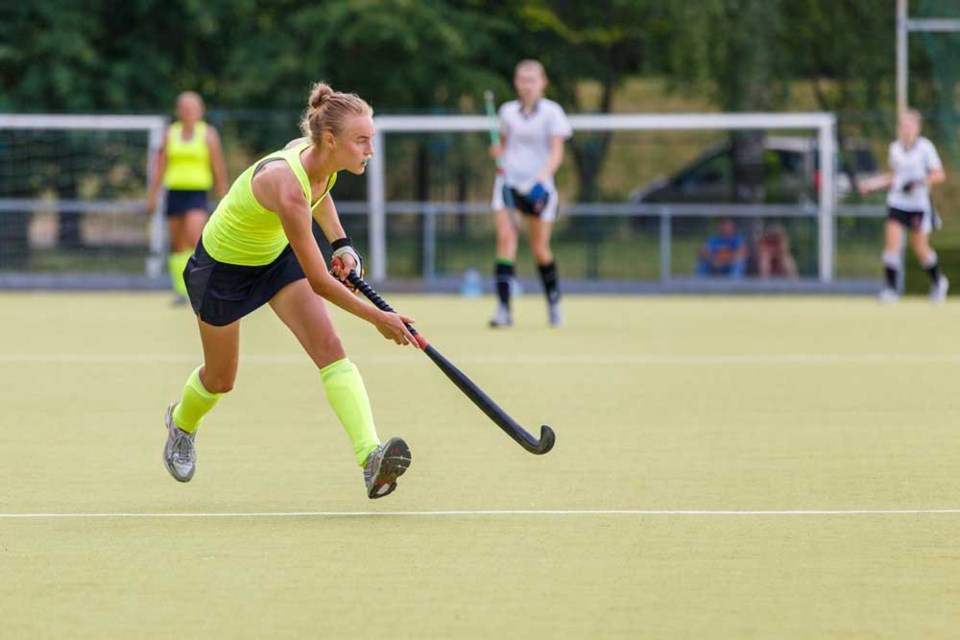 Canada’s “other” hockey season is right around the corner. And the Tri-City Eagles Field Hockey Club is eager to have its players dust off their sticks and hit the turf for another fast-paced and exciting spring schedule.

Club president Brian Lewis says the sport in North America is mischaracterized as one mainly played by females.

But it has a global following, for both men and women’s teams, and is the world’s second-most popular sport, second only to soccer.

“It’s a great sport, played by so many around the world,” he says. “There are numerous amateur and community leagues, and many of the top athletes make a living playing professionally.

“It’s also very comparable to soccer when it comes to the on-field strategy,” Lewis says, adding it can be an ideal cross-over sport for all athletes.

“For youngsters, it’s important they try out all kinds of sports,” Lewis says, adding he encourages parents and their children to come out and see the field hockey first-hand, or on video.

“Just take a look, see how it’s played. Watch it at the top levels to get a feel for the amount of skill and athleticism is required to compete.”

That opportunity to see some of the best will come this summer as Canada’s Men’s Field Hockey team will compete at the 2020 Olympics in Tokyo, Japan.

The Tri-City Eagles Field Hockey Club’s season begins at the end of March and runs until late June.

Typically, around 500 players are registered across the various age groups, which starts with Mite players (ages five to seven), graduates to Minis (eight to nine), Juniors (11 to 18), then adult teams, and a high performance stream that can prepare players for a place on the provincial and even national teams.

Lewis says, that last category of elite players have a host of opportunities to become eligible for college and university scholarships in Canada and the U.S., especially for females.

“We’ve had quite a number of players go on to the university level,” Lewis says.