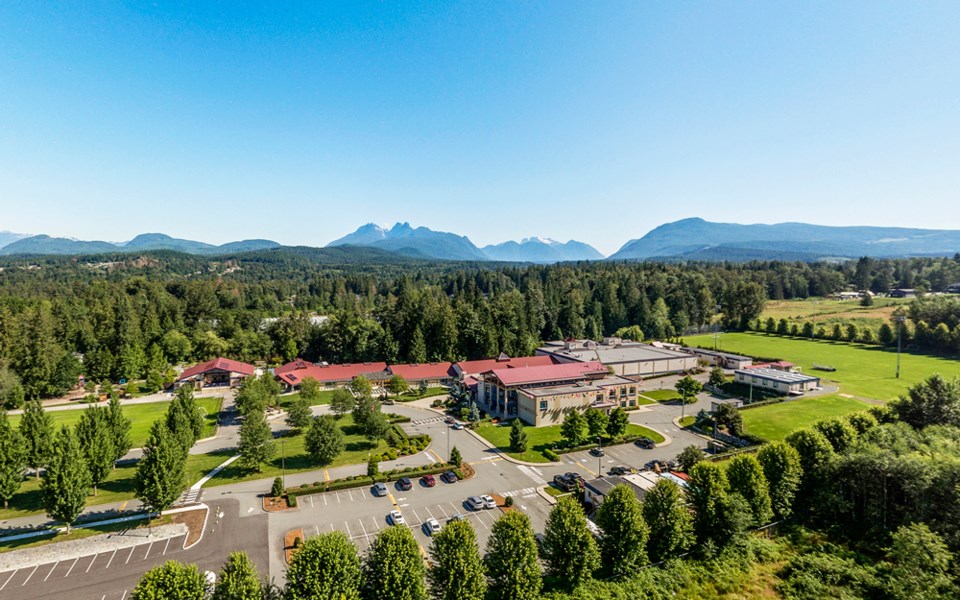 Students of Meadowridge School, a pre-K to Grade 12 independent school in Maple Ridge, not only excel in academics but learn how to be conscientious citizens of the world.

The International Baccalaureate school’s curriculum reflects its mission of learning to live well, with others and for others, in a just community.

“We believe that children love to learn. It is not something that is foisted upon them. Rather children are natural learners,” headmaster Hugh Burke says.

“What we look for at the school are active ways for kids to learn. At the end of that, they should be doing something with what they’ve learned.”

Founded in 1985, the school has a current enrolment of 688 students who represent over 40 nationalities.

Students at Meadowridge learn to care for themselves and for others. A strong service component at the school helps students develop concern for the welfare of all.

“We look for creative ways for children to apply what they learn, which leads to action and eventually service to the community in some way,” Burke says.

Curriculum learning is tied to a greater understanding of systems and how to live with others.

For example, after kindergarten and Grade 1 students studied pollinators and learned that some pesticides kill them, they began a letter writing campaign to the Prime Minister to encourage the federal government to ban certain garden chemicals.

The campaign also served as a prompt to learn about systems of government and other things that impact food production.

Grade 4 students at Meadowridge learned about food insecurity through working in the school’s 10-acre garden and nature park. This prompted them to start a drive that collected 2,000 pounds of food for the local food bank.

Over the years, students at the school have raised thousands of dollars for various charitable causes, including a charity in India that provides shelter and education for homeless youth.

“The kids begin with active learning and move to forms of social justice,” Burke says.

“It’s a recognition that we’re all in it together.”

To learn more about Meadowridge School or to join with students to support the community, visit www.meadowridge.bc.ca.