If you’re a coffee snob, you’ll probably find yourself fairly well catered to in the Metro Vancouver area. But if you suffer from multiple food allergies and intolerances too, you might struggle to find a decent cup of joe and a snack. 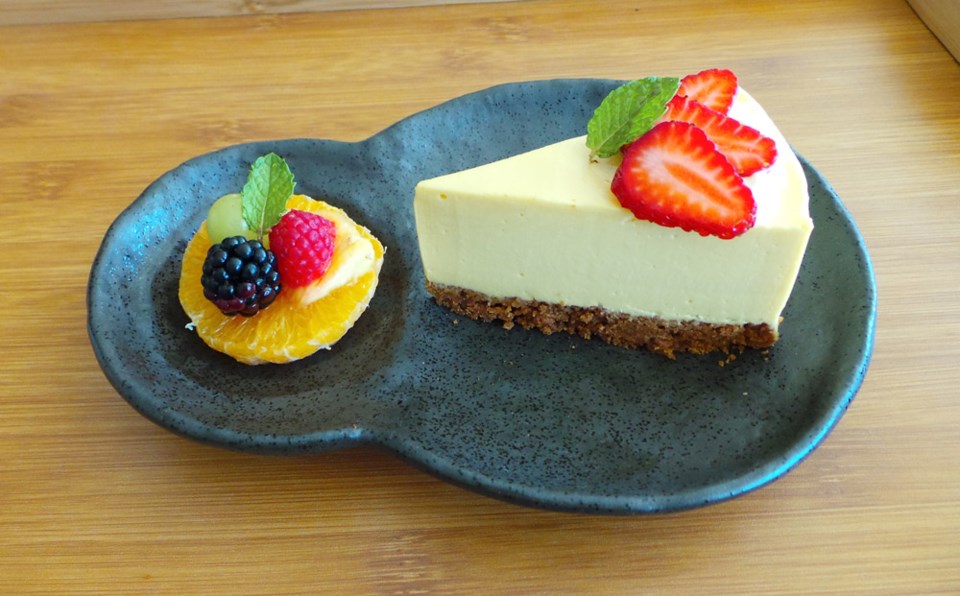 If you’re a coffee snob, you’ll probably find yourself fairly well catered to in the Metro Vancouver area. But if you suffer from multiple food allergies and intolerances too, you might struggle to find a decent cup of joe and a snack.

That’s the situation Bonnie Fung found herself in, and the reason she started Coquitlam’s Cupping 8 Cafe, a couple of months ago. “Until I moved to Canada from Hong Kong, eight years ago, I had never drunk a cup of coffee. Then I began to suffer from migraines, and discovered a morning brew was the only thing that could relieve them,” she says. At the same time, she began to develop food intolerances and allergies to everything from dairy to mangoes, and eating out became a nightmare. “I became so sick and tired of having to order things so carefully, yet still finding hidden ingredients that made me sick,” she says.

Fung began to research great coffee: Where to find the best beans and how long to roast them; the perfect temperature at which they should be brewed. A trained baker and herbalist, she started developing recipes for the food she loved to eat – Japanese cheesecakes, sandwiches, cupcakes and soups – that were free from allergens. After months of trying and testing dishes on herself, she opened Cupping 8 four months ago.

The café serves breakfasts, dinners and an all-day light lunch set of soup, salad, main course and coffee or tea. You can also get food and drinks to go. To reflect Coquitlam’s multicultural community, the menu has Japanese, Chinese and Canadian dishes, and as well as meat options, there are vegetarian specials such as Japanese curry and laksa. “We can really cover something for anyone,” says Fung. “I love cheesecake but can’t eat dairy products, so I’ve substituted ingredients to make a version I can have, that’s still rich, creamy and silky, in flavours like mango, organic green tea and Americano. We have dishes that are suitable for people who need gluten-free food too, use all organic, non-GMO ingredients, and have non-dairy milk replacements for tea and coffee. Everything is home-made, and we use strict hygiene rules to avoid cross-contamination.”

The name ‘Cupping’ comes from the official term and protocol for how coffee should be tasted. But Fung also likes the way it sounds like coupling – hanging together. 8 is considered fortuitous in Chinese culture. “It means infinity of love and happiness,” says Fung. Eventually, she’d like to grow her business across the Metro Vancouver region. But for now, she’s content with sharing her happiness – and great coffee – with the Coquitlam community.

Cupping 8 Cafe is at 111-1190 Pinetree Way, Coquitlam. See Cupping8.com for opening hours. Get 10 per cent off between 2pm and 5pm on Tuesday-Thursday for a minimum purchase of $5.You can also find the cafe on Facebook, Instagram, and Twitter.