Sharing your French heritage with your children

Since its inception in 1995, the Conseil scholaire francophone (CSF), or School District 93, has offered children from K – Grade 12 an education in French. 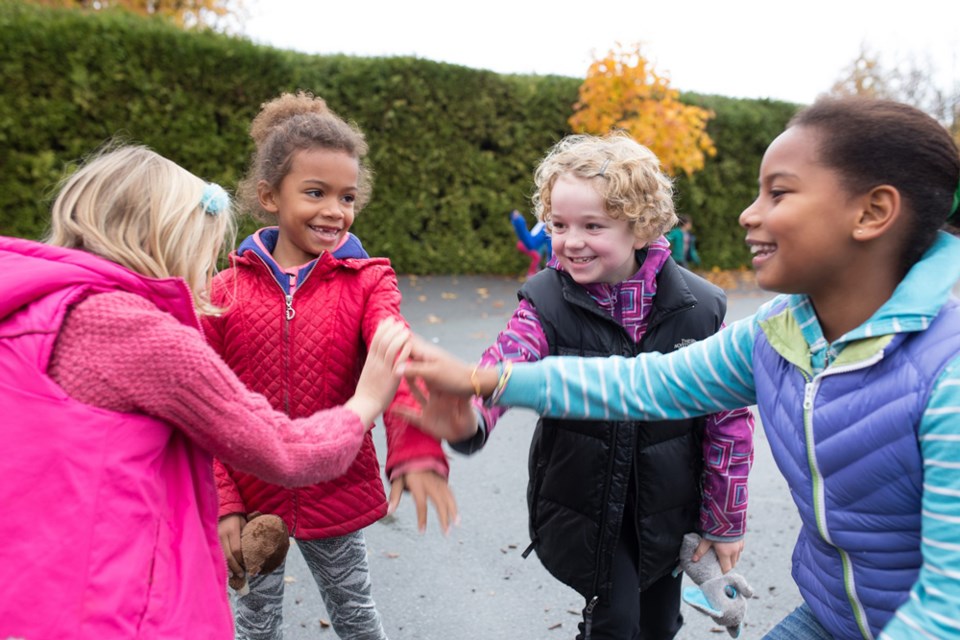 Since its inception in 1995, the Conseil scholaire francophone (CSF), or School District 93, has offered children from K – Grade 12 an education in French. Students typically have at least one parent who speaks French or has a French-language heritage, or a sibling who has been educated in a French school system elsewhere in Canada.

Instilling a sense of cultural and linguistic pride in children of a minority population is not easy, but the schools in the CSF system have shown that it can be done through patience and persistence.

Here are 4 suggestions from Eric Leclerc, principal l'école des Pionniers-de-Maillardville in Port Coquitlam to share your cultural heritage with your children.

"When my daughters were small," says M. Leclerc, "we used to play the 'Grandma doesn't speak English game.' My parents would come and visit and the kids would sometimes stay with them and learn not only the language, but their French cultural traditions." The older generation can be a wealth of knowledge when it comes to a child learning about his or her heritage.

If children feel forced to speak a language other than English, or feel like it's mandatory, very often they will refuse.

"It's not so bad with the young children," M. Leclerc notes. "When they are small they will speak French just to please you. But older kids— teenagers in particular—will not speak French just because you want them to. It has to be fun and interesting. We don't want to make them feel that English is bad; we want them to enjoy and celebrate both languages."

Movies in French can be found on video-on-demand services like Netflix, or your local library might still have the DVD versions. Movies can often share not only the language, but also the francophone culture.

"At des Pionniers-de-Maillardville, we have movie nights," M. Leclerc says. "We invite the community to come watch with us. It's always very popular."

Probably the most straightforward way to share your heritage with your child is to live it every day. Speak French with your child as much as possible. Experiment with French recipes at mealtimes. Bring French books home from the library. Boost your collection of French music CDs. For younger children, read them French fairy tales and nursery rhymes.

For more information on CSF and its French education programs, checkout the website for your closest school, or phone 604.214.2600. CSF can also be found on Facebook and Twitter.