What is sleep apnea and how do I know if I have it?

While one in five people suffer from a mild form of sleep apnea, the majority of cases will go undiagnosed, says Paul Sweeney, a Registered Respiratory Therapist and President of Coastal Sleep . 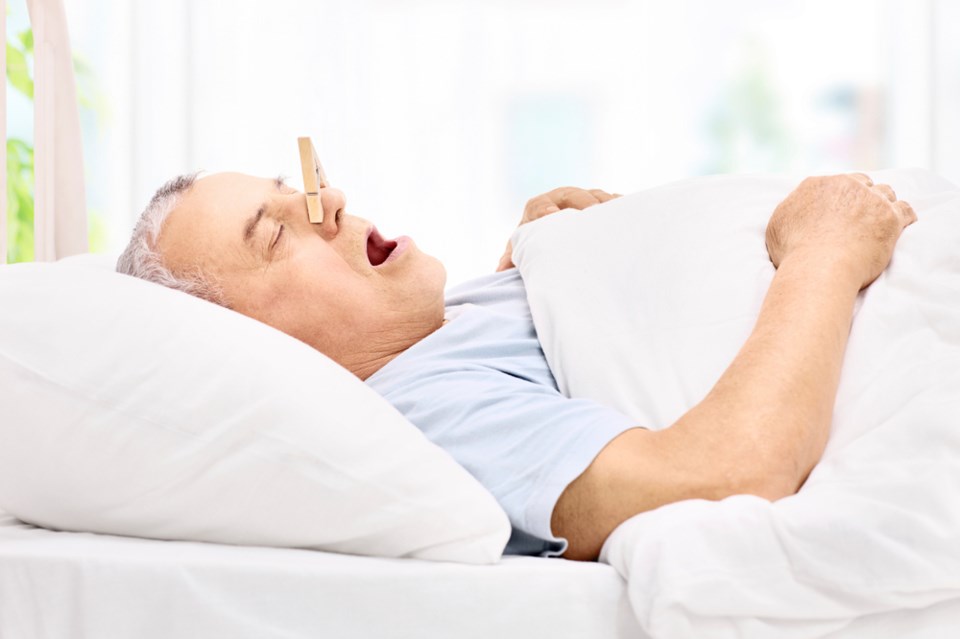 While one in five people suffer from a mild form of sleep apnea, the majority of cases will go undiagnosed, says Paul Sweeney, a Registered Respiratory Therapist and President of Coastal Sleep. According to a variety of studies, he adds, around 9 percent of women and 25 percent of men in middle age suffer from Obstructive Sleep Apnea (OSA).

He compares suffering from sleep apnea to living every night on Mount Everest.

"Two things happen," Paul explains. "First, you continually get woken up from the deeper sleep stages, so you end up tired the next day. Second, you stop breathing and the oxygen levels drop in your blood stream. Those lower oxygen levels can then be attributed to many cardiovascular issues, hypertension, diabetes, and even stroke, if left untreated."

A common misconception is that sleep apnea is caused by being overweight. Obesity can certainly be a cause, Paul says, but it's not the only one.

"It's true that if you're overweight with a high body mass index, you have an 80 percent chance of having sleep apnea," he says. "But we also treat slim people who might have a really short jaw or redundant tissue in their throat. Being obese is only one possible factor."

Most patients experience the obvious symptoms of snoring or their partners notice frequent interruption in their breathing. Another symptom could be those frequent bathroom visits in the night.

"Symptoms are our starting point," Paul says. "Apart from feeling tired during the day, you may have headaches in the morning, or a heartburn sensation. We look at whether you have other medical conditions, such as high blood pressure, diabetes, or a history of heart problems."

If you're unsure if sleep apnea is the cause of your constant tiredness, Coastal Sleep offers a complimentary in-home test to determine if you have the condition and if so, the level of severity and possible treatment options.

For more information about the causes and symptoms of sleep apnea call Coastal Sleep at 604.279.9066, visit their website or send them an email. There is a Coastal Sleep facility in the Tri-cities area located at 602-2950 Glen Drive, Coquitlam. Coastal Sleep can also be found on Facebook and Twitter.