MIAMI — It was the aftermath of a failed coup against Hugo Chávez and Rep. Gregory Meeks was lounging at the Kennedy compound on Cape Cod with a young lawmaker from Venezuela with a bushy moustache named Nicolás Maduro.
Jan 14, 2021 1:55 PM By: Canadian Press 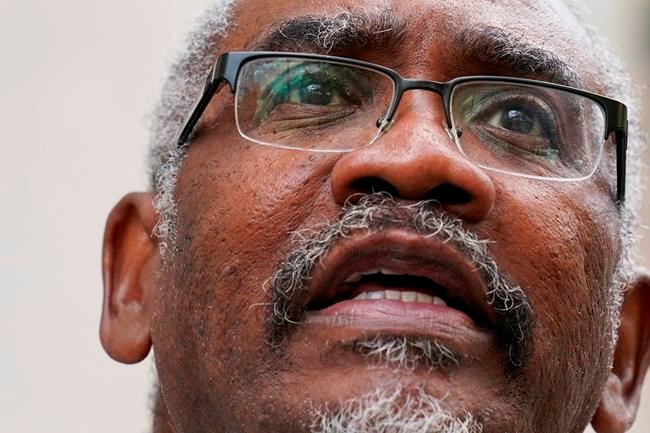 MIAMI — It was the aftermath of a failed coup against Hugo Chávez and Rep. Gregory Meeks was lounging at the Kennedy compound on Cape Cod with a young lawmaker from Venezuela with a bushy moustache named Nicolás Maduro.

Photographs of the 2002 encounter show the men standing shoulder to shoulder, having bonded over their shared love of baseball and tales of their respective odds-defying upbringings — Maduro on the streets of Caracas, where leftist radicals like himself were gunned down, and Meeks in a public housing project in Harlem the son of a struggling boxer and teacher.

The exchange would be little more than an anecdote but for Maduro’s ascent to Venezuela’s presidency in 2013 and Meeks’ own improbable climb through the ruthless politics of Washington to become this month the first-ever Black chairman of the House Foreign Affairs Committee.

Now, two decades on, the New York Democrat says he’s ready — if asked — to confront Maduro, who he remembers from that era as a good listener and committed to social justice.

“There will be no softballs or reminiscing about the good old days,” Meeks said in an interview with The Associated Press this week. “We’d have some real hard talks about what has taken place and what must take place to undo some of the authoritarian things that have happened since he’s become president.”

To talk to Maduro or not: That’s the vexing question facing the incoming Biden administration as it re-evaluates a U.S. policy that has rallied exile hardliners in Miami but done little to cleave Maduro’s grip on power or ease the suffering of regular Venezuelans.

Aides to Biden say the president-elect has limited options for pressuring Maduro and there are no plans to lift crippling oil sanctions or an indictment against Maduro for drug trafficking.

But analysts expect Biden to dial down the almost-daily vitriol aimed at Maduro and threats of a “military option” that characterized Trump’s foreign policy, where Venezuela occupied a privileged space. Instead, he has vowed to emphasize a multilateral approach with the goal of holding free and fair elections as soon as possible.

Enter Meeks, who attended Chávez’s 2013 funeral on behalf of the Obama administration and whose long engagement with Latin America make him ideally positioned to open room for diplomacy. Even though he doesn’t speak Spanish, his reputation as a straight shooter has earned him respect across the region’s ideological divide.

Among those with whom he has struck an unlikely alliance is former Colombian President Alvaro Uribe, a law-and-order conservative who worked to improve the lot of Afro-Colombians as part of free trade talks more than a decade ago that Meeks backed in defiance of his party. The relationship with Uribe —lionized by Venezuela’s opposition and demonized by Latin America’s left — may come in handy as he seeks to build momentum for politically fraught engagement with Maduro.

“Maduro doesn’t trust his own shadow. But he might trust Gregory Meeks,” said former Rep. Bill Delahunt, who with Meeks to Chávez’s funeral and then twice more to Caracas in a previously unreported mission to improve bilateral relations. “If anyone can move things forward it’ll be Meeks. I have no doubt that he will be an invaluable asset to the Biden administration.”

Meeks said he is not holding himself out as a peacemaker. But he said he is willing to speak to Maduro’s government if allies in Latin America, the European Union and the Biden administration see value in such an approach.

He said his first trip as chairman since succeeding fellow New Yorker Eliot Engel will be to Haiti and Colombia, including a visit to the border with Venezuela where thousands of migrants cross every day looking for food and medical care.

“I want folks to know that Latin America won’t be an afterthought,” Meeks said.

More controversially, he’ is open to involving Maduro stalwarts Cuba and Russia in any negotiations that emerge -- assuming U.S. allies agree.

“That’s a possibility,” he said, adding that the Trump administration’s designation this week of Cuba as a state sponsor of terrorism will complicate any outreach. “That’s how you resolve an issue of significance. You get buy-in from a number of different people so that it gives the people of Venezuela confidence in the election process.”

A recent State Department cable defending the Trump administration’s hardline policy warns that Russia is working closely with Maduro’s military and finance officials to undermine hemispheric security. The cable, a copy of which was provided to AP by a congressional staffer on the condition of anonymity to share diplomatic communications, argues for more aggressive support for pro-democracy efforts inside Venezuela to complement U.S. sanctions.

“Russia has used its relationship with the regime to symbolically and very publicly defy the United States,” according to the Sept. 9 cable, which is labeled “sensitive but unclassified.” It was sent to Secretary of State Mike Pompeo by James Story, the ambassador at the helm of the Venezuela Affairs Unit in Colombia.

“If left to fester, Venezuela will prove itself to be a very worrisome burr in the side of American foreign policy in the region and prove to be very costly to U.S. national interests,” the cable concludes.

A spokesman for Biden’s transition team declined to comment.

Meeks’ nearly 20-year relationship with Maduro began when both founded what was known as the Boston Group. The informal network of U.S. and Venezuelan lawmakers from across the political spectrum — Democrats, Republicans, socialists and capitalists — came together in Washington and Cape Cod to repair bilateral relations after the brief coup against Chávez that the U.S. was quick to recognize.

The group has largely disbanded, with Meeks the only American member still in Congress. But the relationships built two decades ago have proven resilient. For example, a Republican staffer who participated in the same four-day legislative exchange in Cape Code with Meeks and Maduro led a backchannel effort that in 2018 secured the release of Joshua Holt, a Utah man held for two years in Caracas jail on what were widely seen as trumped-up weapons charges.

More recently, former lawmaker Pedro Díaz-Blum, the Boston Group’s in Venezuela, has brought together dozens of pro-Maduro and opposition economists to prepare a joint study on how to reactivate the country’s devastated oil industry. They have also discussed ways to direct humanitarian aid to the country through multilateral agencies.

After the U.S. presidential election, Díaz-Blum to Washington and saw Meeks. Prior to the trip, which he said he organized on his own, he also met with Maduro, who reiterated his willingness for dialogue with the U.S.

“I was a member of the Boston Group as a lawmaker and I went multiple times to the U.S.,” Maduro said Tuesday in an address to Venezuela’s congress, which is controlled by the governing socialist party following elections boycotted by the opposition as unfair. “I respect and admire a lot the United States, its people and its culture."

After several failed negotiation attempts mediated by the Vatican and Norway, dialogue has become a buzzword for weakness and appeasement among many in the opposition. Not for nothing, the Trump administration has said the only thing to negotiate with Maduro are the terms of his exit.

Meeks said he rejects that logic. Recently even a close Trump ally, Richard Grenell, the former acting U.S. director of national intelligence, met in Mexico City with Jorge Rodríguez, a top Maduro aide who is now president of the pro-government national assembly, which the U.S. doesn't recognize.

“The Trump policy was predicated on Florida politics — not getting something done,” Meeks said.

Still, he said, he has no illusions about Maduro. Following Chávez’s funeral, Meeks said he quietly returned twice to Caracas in a previously unreported effort to pave the way for an exchange of ambassadors, which has not happened since 2010. In one of those trips, he urged Maduro to release opposition activist Leopoldo Lopez, then in jail for leading anti-government protests.

The reconciliation effort failed and Meeks said he walked away from that experience frustrated. Any future overture would require pre-set conditions, he said.

“You can’t just take his word for it,” Meeks said of Maduro. “He’s proven to me that either he was not willing to follow through or something in their politics prevented him from doing so.”