B.C. casino operators unsure when they'll be able to reopen 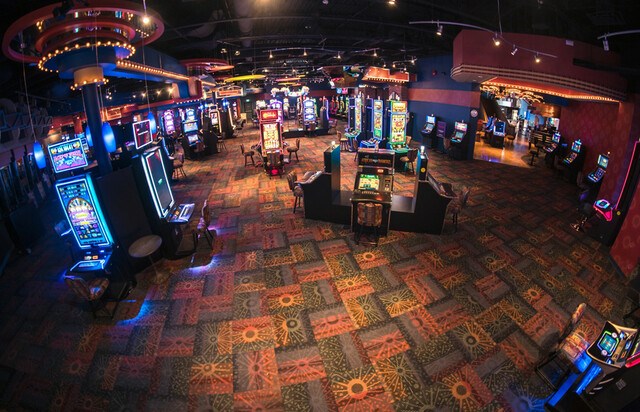 Casinos across B.C. shuttered almost one year ago because of the COVID-19 pandemic.Chances Gaming

It's been 353 days since casinos in B.C. were allowed to operate.

Provincial Health Officer Dr. Bonnie Henry ordered all gaming operations to shut down at midnight on Monday, March 16 last year as part of a wide-reaching shutdown of some business sectors to stem the spread of COVID-19.

Nearly a year later, operators have no idea when they may be allowed to reopen the doors again.

Stewart Groumoutis, director of eGaming operations with the BC Lottery Corporation, says they are working with casino operators, WorkSafeBC and the provincial health officer to determine what a reopening would look like, but adds there is no firm time frame.

"It's a complex consideration for what that looks like for reopening. We are in constant contact, and we can say that the conversations are very positive. Everybody recognizes this is something we all collectively want to happen," said Groumoutis.

He says casino operators went through an extensive retrofit, such as moving slot machines around, or closing off machines in order to create a social distancing space.

For Stan Walt, the independent owner of Chances Gaming in Kelowna, that retrofit cost him nearly $2 million.

Walt says that included a complete realignment of the gaming floor.

"We've taken 350 slot machines, and 400 bingo seats, and turned that into zero bingo seats and utilized all of the 10,000 square feet of bingo, and actually physically spaced out all of our slot equipment to where we only have 300 on the main floor," Walt tells Castanet.

"I have lost 50 machines, 400 bingo seats, and spread out all of the gaming floor so if you were to sit at any slot machine, you wouldn't be within two metres of the person next to you."

He has also reactivated some dormant ventilation equipment which can replace about 4,500 cubic feet of air every minute and replace it with outside air.

Walt says a complete air change in the building can be accomplished about six times per hour.

While he doesn't think an initial opening would allow him to welcome 300 people, with the changes, even half that would mean about 200 square feet of space per person.

Walt says he's ready to go; in fact, much of the work was done last spring in anticipation of a summer reopening that never materialized.

Prior to the shutdown, Chances was granted the ability to add table games to its operation. Those tables are ready to go; however, he says any opening of table games would likely have to wait until what he calls a second phase of reopening.

A return of bingo would also likely have to wait.

"I don't want to see bingo gone completely," he says, "but I know I can't put 300 people in a building shoulder-to-shoulder any time soon."

Once he is able to reopen to full capacity, Walt says it won't take long to change the configuration back to what it was.

"Whether that's 2022, 2023, I'm excited because I have that adaptability, and can do it easily and quickly without any disruption to the customer base."

The first step is a smaller opening, and even the cagiest of operator isn't taking bets on when that will be.