Tumultuous past year filled with unprecedented actions to combat virus' spread
Jan 27, 2021 8:08 AM By: Glen Korstrom 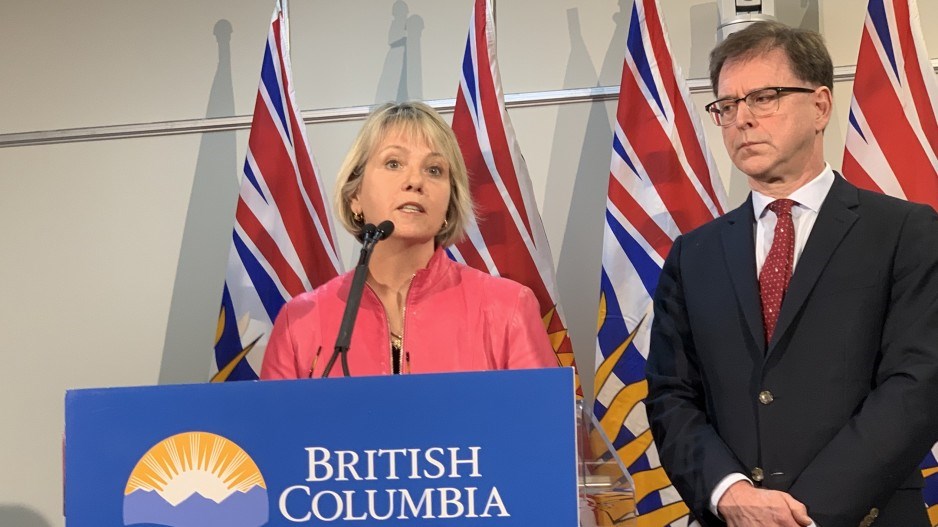 The Wuhan Municipal Health Commission said in early January, 2020, that officials first detected cases of a new pneumonia on Dec. 12, 2019.

When the virus’ existence started to filter into the global public consciousness, it was dubbed the novel coronavirus, and viewed in Canada as an ominous phenomenon, but a far-off threat.

Now, with nearly 100 million infections and approximately 2.15 million deaths worldwide, according to Johns Hopkins University, the virus is often listed as one of the 10 deadliest plagues in history.

Chinese officials had counted 59 patients infected with what they were calling a new pneumonia by Jan. 5, 2020, and they said the virus did not appear to be spreading via human-to-human contact.

Most early patients were either business owners or customers at a Wuhan meat market, and speculation swirled that this was the source of transmission.

On Jan. 9, 2020, China recorded its first death from the virus — a 61-year-old man who regularly shopped at the market.

Canadian health officials, meanwhile, stressed that Canadians were at a low risk of contracting the virus, given that no cases had yet been discovered in Canada.

This assurance that Canadians were low risk continued even after a Toronto man in his 50s returned from Wuhan, and became the first documented case of the virus in Canada on Jan. 25, 2020.

Dix said their original intent was to discuss safety protocols, but unexpected events upended those plans. He then let Henry take the podium.

“Late yesterday, we had our first case of a novel coronavirus confirmed in a person here in B.C., through the work of the BCCDC public health lab,” Henry said.

“This person is a male in his 40s, and a resident of the Vancouver Coastal Health region. He regularly travels to China for his work, and was in Wuhan city on his most recent trip. He returned to Vancouver last week and had onset of symptoms after his return. On this past Sunday, [Jan. 26,] he followed public health messaging. He was assessed by a primary care provider, and the test was done, the protocols were followed and the public health officer was notified. The test came here to the lab, here at the BCCDC, and late last night, we had a confirmation of a presumptive positive here in B.C.”

That case moved from being “presumptive” to “official” later that day, when a federal lab in Winnipeg confirmed test results.

On Feb.19, when B.C. recorded what health officials considered to be the first person to have recovered from the virus, after the individual twice tested negative for the virus, the province had detected five confirmed cases.

The first serious COVID-19 hospitalization took place on March 4, when Henry revealed that a woman in her 80s was in Vancouver General Hospital’s intensive care unit.

Case counts, however, were set to explode.

One of those cases, a male in his 80s, and a resident at North Vancouver’s Lynn Valley Care Centre, became the first person in Canada to die from the virus, on March 9.

Mid-march was also a time when business operations were disrupted. On what was a chilling Friday the 13th, many office managers told employees to start working from home.

Henry issued an order on March 17, declaring that any establishment that could not meet the province's test for social distancing must close indefinitely.

"Effective immediately, businesses with liquor primary licenses, such as bars, pubs and night clubs, must close,” she said, as part of an effort to limit St. Patrick’s Day revellers from spreading the virus. Dine-in service at restaurants also halted, until May 19.

New orders and directives, which previously would have seemed unthinkable, took hold.

Canada and the U.S. closed the countries’ land borders to non-essential travel on March 21, while new travel restrictions also went into effect at Vancouver International Airport.

Stock markets, which had been plunging for more than a month, seemingly with no end in sight, were soon to hit their bottoms, with the TSX hitting its year-low on March 23.

The taxable benefit provided $2,000 per month for up to four months, for workers who lost their income as a result of the COVID-19 pandemic.

Trudeau then revealed his Canada Emergency Wage Subsidy (CEWS) program on March 27. That initiative helped some employers pay up to 75% of some employees’ wages, if the business met conditions, such as having revenue fall 30%, compared with the previous year.

Other programs were also put in place, such as the Canada Emergency Commercial Rent Assistance (CECRA) program.

This initiative allowed commercial property owners to apply for a forgivable loan to cover 50% of small business tenants' rent payments in April, May and June, provided owners reduced rent owed by tenants by at least 75%. Tenants would then pay up to 25% of their regular rent, and landlords would forgive at least 25% of what was owed.

These moves helped stabilize the economy while encouraging people to stay home and act safely.

B.C. recorded a record 92 new COVID-19 cases on March 28, and only surpassed that daily total once in the next four and a half months.

Case counts rose steadily in late August, and throughout the fall, along with other metrics, such as hospitalizations, active infections and deaths.

The good news was that vaccines had arrived.

On Dec. 16, B.C. administered its first dose of a vaccine, from Pfizer and BioNTech. Doses of the Moderna vaccine arrived in late December and were first administered on Dec. 31, Henry said. Both of those vaccines enjoyed clinical trial results that showed that they were more than 90% effective.

By the start of 2021, thousands of British Columbians were being vaccinated daily.

Critics blasted the government for what they perceived to be a slow roll-out of the vaccinations, and there were hiccups, such as the current temporary pause in Canada getting new Pfizer vaccine doses. Still, 122,359 British Columbians have been vaccinated, with 4,105 of them having already received their second doses.

Simply having multiple vaccines that are shown to be so effective, less than a year since the outbreak of a novel coronavirus, is something few believed back in March.

Trudeau has also repeated his pledge that all Canadians who want to be vaccinated will have that chance by the end of September.

So while there are new variants of the virus that are said to be more infectious, and possibly more deadly, there is hope that the battle against COVID-19 can largely be won in 2021.