The Real Canadian Superstore worker in Westwood Mall, located at 3000 Lougheed Highway, last worked at the store on Feb. 24, according to the exposure notification posted nine days later.
Mar 5, 2021 9:26 AM By: Stefan Labbé 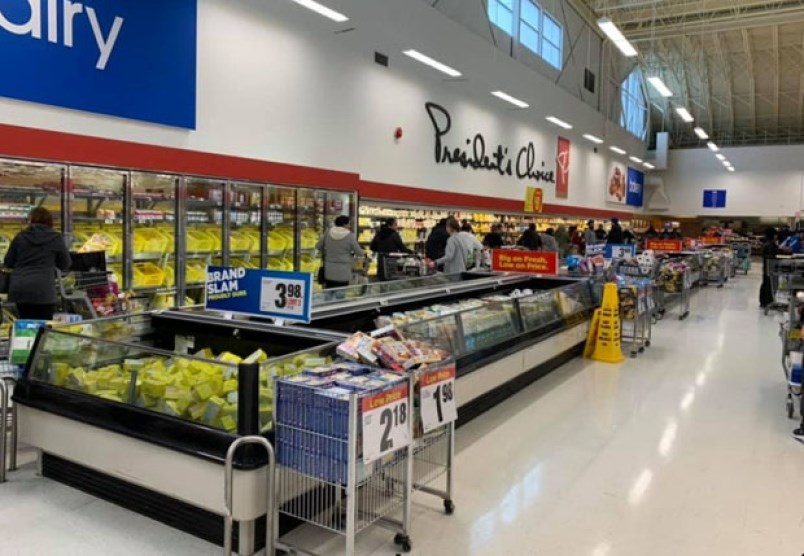 Another worker has tested positive for COVID-19 at the Real Canadian Superstore at Coquitlam's Westwood Mall. - GLACIER MEDIA FILE PHOTO

A popular grocery store in the heart of Coquitlam has once again had a worker test positive for COVID-19, leading its parent company, Loblaw Companies Inc., to issue an exposure notice Friday.

The Real Canadian Superstore worker in Westwood Mall, located at 3000 Lougheed Highway, last worked at the store on Feb. 24, according to the exposure notification posted nine days later.

The store is one of seven Superstores across B.C. with active COVID-19 exposures among its staff.

While this is not the first time the Coquitlam store has been hit by a case of COVID-19 among its workers (there have been at least five exposure notifications), Loblaw says “the risk to our customers remains low, due to the physical distancing and sanitization measures that have been in place in our stores for months."

Masks at the store have been mandatory since August 2020, and when a case does emerge among staff, the company says it works closely with public health.

That said, the Coquitlam Superstore exposure does not meet the threshold of public exposure as outlined by Fraser Health. Public exposure notifications are issued by the health authority in cases when contact tracers are not sure they’ve tracked down all the chains of transmission.

Only 500 metres away, the Loblaw-owned T&T Supermarket in Coquitlam Centre reported a similar exposure notification among one of its workers on Thursday, March 4.

The exposures come as new weekly COVID-19 cases remain elevated across the Tri-Cities.

According to the latest local data released by the BC Centre for Disease Control Thursday, 225 new COVID-19 cases were reported in the Tri-Cities between Feb 21 and Feb 27.

Across the Tri-Cities, Fraser Health has flagged 29 schools for active school exposures, a number that has surged and abated in recent weeks as local caseloads fluctuate.

Among those are two schools hit with a variant of concern, including Archbishop Carney Regional Secondary School, which shuttered its doors for three weeks yesterday after “a significant number of students and staff have been directed to isolate,” according to the principal.

Henry once again warned exposure to COVID-19 in schools is directly connected with the level of transmission in the community.