The ban will apply to all alcohol sales from liquor stores and retailers to bars and restaurants, regardless of whether the liquor would be used for on-site or off-site consumption.
Dec 30, 2020 3:54 PM By: Chuck Chiang 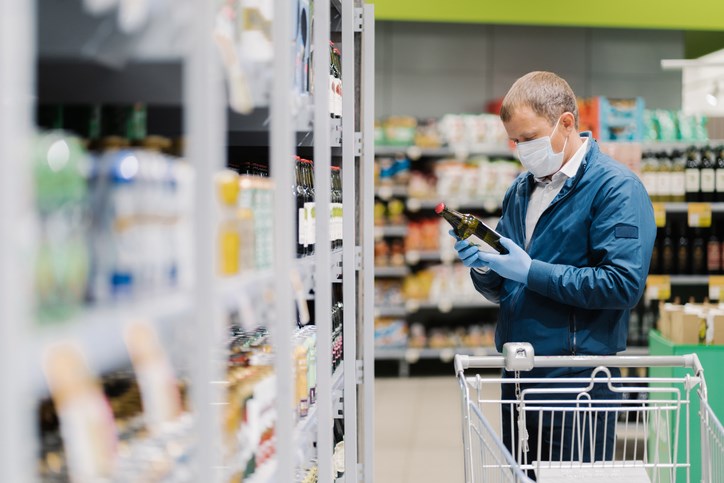 All liquor stores and off-sales in British Columbia will be closing early on New Year's Eve in an effort to prevent people from bending COVID-19 rules.Getty Images

Provincial Health Officer Bonnie Henry said the ban will apply to all alcohol sales from liquor stores and retailers to bars and restaurants, regardless of whether the liquor would be used for on-site or off-site consumption.

“What we’ve seen is people following the rules early in the night, but as they consume more, you see more table-hopping and risky behaviour,” Henry said at a news conference Wednesday called only about 90 minutes ahead of time. “You see more people bending the rules. So for this one night, knowing the temptations facing people, we’ve moved up last call.”

Henry and B.C. Health Minister Adrian Dix maintained that this ban is a one-time occurrence, although Henry admitted that officials are talking about the COVID transmission risks being posed by holidays like St. Patrick’s Day.

Dix added that this ban is not a general response to what they have seen in the restaurant sector but rather a targeted response specifically addressing alcohol consumption – and associated risky behaviours – on New Year’s Eve.

“This is not a general response... the industry has done quite well,” Dix said. “This is a targeted approach so that we don’t incur a bill that we have to pay for weeks to come.”

Several observers raised concerns about the ban’s last-minute nature – being announced about 29 hours before it was to come into effect. But Henry said officials had been talking about such a sales ban for some time, and they decided to take action after hearing about some people’s New Year’s celebration plans through casual observations.

“Given what we are hearing and seeing, it’s prudent to take some action,” Henry said, adding that restaurants with second table services at around 7 or 7:30 p.m. can still serve customers with alcohol quickly before the 8 p.m. deadline arrives.

Henry also noted the enforcement of the ban at restaurants will largely again depend on the honour system of people voluntarily obeying the provincial orders, since she feels that it isn’t appropriate to force people to comply.

In the meantime, the province also released its latest COVID data, showing 485 new cases of the coronavirus in the last 24 hours. That number puts the provincial total of active cases at 7,551, with 379 people in hospital – 77 in intensive care.

Fraser Health continues to be the area with the highest number of new cases with 211, followed by Vancouver Coastal Health with 117, Northern Health with 84, Interior Health with 57 and Island Health with 16.

That last 24 hours also saw an additional 11 deaths, putting the total at 893 since the pandemic started in March.

Henry, however, also announced that the first batch of the newly approved Moderna vaccine has arrived in 10 remote northern First Nations communities deemed at high-risk, and inoculations will begin today or tomorrow.

In total, 14,027 people have been vaccinated so far in B.C. since the Pfizer vaccine first arrived weeks ago.