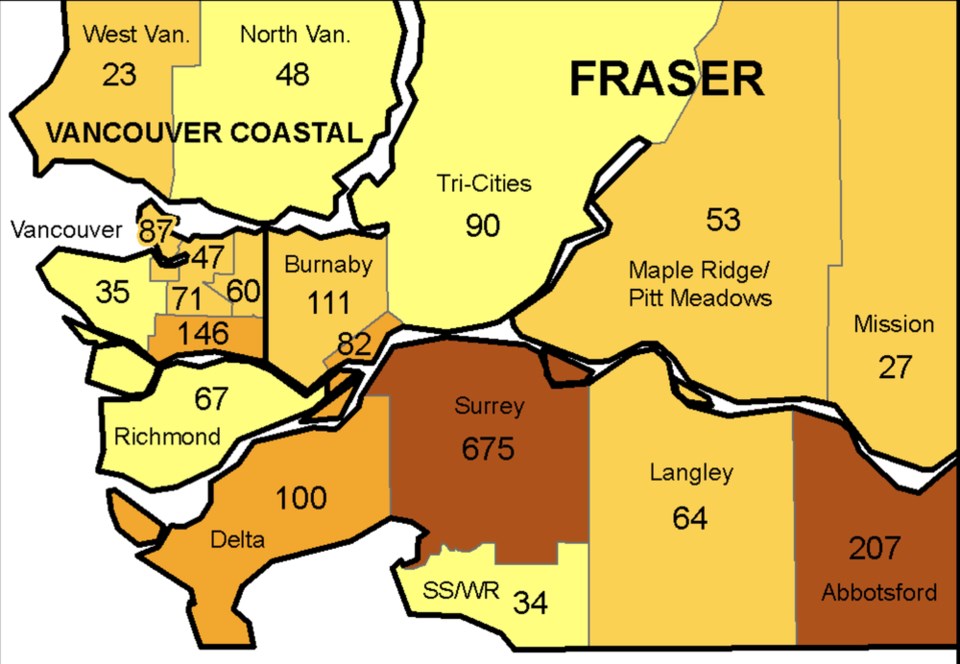 The number of new reported COVID-19 cases has dropped again in the Tri-Cities, falling to 90 cases between Jan. 10 and 16 — a nearly 24% decline from the previous week.

The region — which includes Coquitlam, Port Coquitlam, Port Moody, Anmore and Belcarra — reported fewer than five new cases per 100,000 people last week, according to data from the BC Centre for Disease Control.

That puts the Tri-Cities into the company of North Vancouver, Richmond, White Rock and the western reaches of Vancouver based on new cases per capita.

The fall in new cases appears to be affecting jurisdictions across the Lower Mainland; even in municipalities like Surrey and Abbotsford, cases have dipped below 20 cases per 100,000 people.

That’s not the case for other, more rural regions of the province. Northern and Interior health authorities have seen new weekly cases climb well above the 20 cases per 100,000 people mark in places like Terrace, Smithers, Burns Lake, Bella Coola, 100 Mile House and the Cariboo.

Meanwhile, the BCCDC has released total COVID-19 case data for 2020. Across the Tri-Cities, 2,204 people were found to have tested positive for the virus between January and December, roughly 900 cases per 100,000 people.