What would you ask Canada's official opposition leader?

Newly elected Conservative leader Erin O'Toole will take questions at the virtual townhall next week hosted by the Tri-Cities Chamber of Commerce.
Jan 6, 2021 10:11 AM By: Janis Cleugh 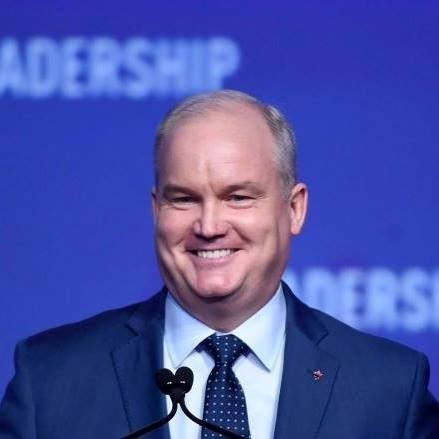 You can ask questions to Canada’s leader of the Official Opposition at a virtual townhall hosted next week by the Tri-Cities Chamber of Commerce.

Conservative leader Erin O’Toole will speak about his party's policies and answer questions from Chamber members and the public during the online event, which starts at noon on Jan. 12.

To submit a question, register for the free session through tricitieschamber.com.

The MP for Durham, Ont., O’Toole is retired from the Royal Canadian Air Force, and is a corporate lawyer. He is a founding member of the True Patriot Love Foundation, a charity that serves veterans and military families in Canada.

After being elected to political office in 2012, O’Toole served as parliamentary secretary to the minister of international trade before being named the minister of veterans affairs, by then prime minister Stephen Harper.

He was the Conservative shadow minister of foreign affairs before clinching the party leadership position last August, taking 57% of the votes on the third and final ballot over his challenger Peter MacKay.

In his acceptance speech, O’Toole, 47, vowed to unite the party and hold Conservative values while still broadening the party base.

2064
Search for missing Port Moody woman takes on ‘life of its own’
1591
'It's chaos': Massive search underway for missing Port Moody woman
1556
Everything you need to know about COVID-19 vaccines in B.C.
1241
'Administrative error' leaves some UBC students owing nearly $10,000 in tuition, due within days
957
'Clinically extremely vulnerable': Are you first in line to get vaccinated in B.C.?