'A light in the pandemic', why a Coquitlam man sings O Canada nightly for a year (VIDEO)

Adam Turpin usually sings with a choir, now this Coquitlam man sings alone as he tries to boost the spirits of frontline workers with a powerful rendition of O Canada
Apr 9, 2021 4:13 PM By: Diane Strandberg 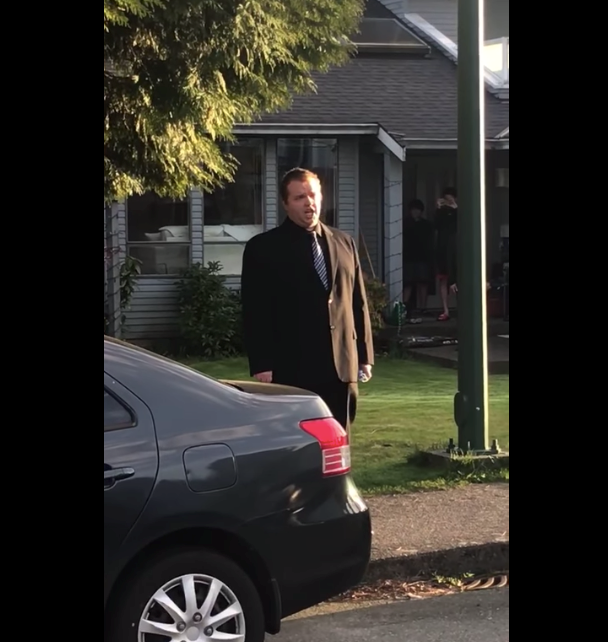 Adam Turpin sings O Canada — a tradition he's done nightly at 7 p.m. since the beginning of the pandemic.Terry O'Neill/Video

While the nightly applause appears to have died down in most areas of Metro Vancouver, one Coquitlam man is keeping the tradition alive during the pandemic — using his voice to give thanks and praise to frontline workers.

Adam Turpin, a professional singer who also teaches music at a Burnaby elementary school, has been singing O Canada nightly out front of his Eagle Ridge home at 7 p.m. since April 8.

In 365 days, he’s only missed two performances — once for his wedding anniversary and once to celebrate his dad’s birthday.

“It brings me great joy to know that I can reach out to our frontline workers, I want to let them know that the work they are doing is not going unnoticed in this uncertain and unpredictable time,” said Turpin.

A classically trained bass baritone singer, Turpin hoped his powerful rendition of Canada’s national anthem would give others pleasure. So far that appears to be the case.

(Scroll to the bottom for video.)

On April 8, the one-year anniversary of his first musical ‘cheer’ to frontline workers, his performance was attended by Coquitlam’s mayor, Richard Stewart, and a number of neighbours.

But Turpin said this wasn’t the first time his neighbours showed their appreciation by standing on their porches and decks to hear him sing.

“I haven’t been out there alone since I started doing it,” he told the Tri-City News.

Before COVID-19, Turpin sang with a North Vancouver choir, the Laudatte Singers, and has appeared in the Royal City Musical Theatre performance of Fiddler on the Roof.

Now he sings alone but does it to bring others hope, warming up his vocal cords each night before a performance and then stepping outside to sing — no matter the weather.

“For me, I’m not stopping, I want to be a light and I’m going to do this as long as I need to to give a little joy to people who may not be feeling it at this time.”