Coquitlam RCMP said it believes there is no further threat to public safety
Mar 30, 2021 9:01 AM By: Stefan Labbé 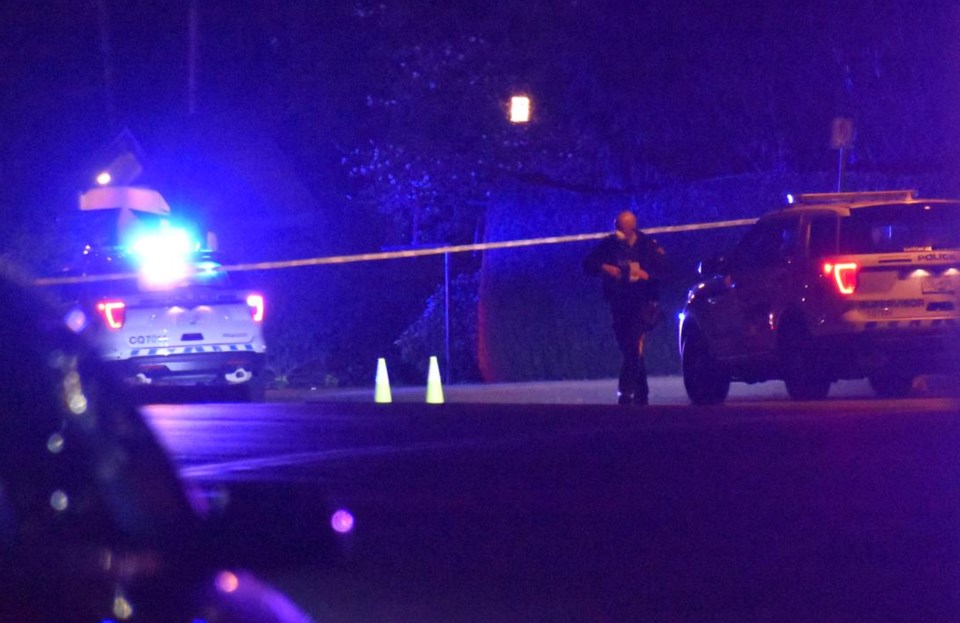 A shooting in Coquitlam's Maillardville involved a response from Coquitlam RCMP, as well as fire and ambulance servicesCurtis Kreklau

A shooting in Coquitlam’s Maillardville neighbourhood sent one man to hospital Monday night.

Coquitlam RCMP responded to the 300 block of Decaire Street at about 9:20 p.m., March 29, following reports of a shooting.

One male victim was taken to hospital, but police would not confirm the severity of his injuries.

Shortly after Coquitlam RCMP responded to the shooting, emergency fire and police units were alerted to a burning vehicle fewer than two kilometres away at the 1800-block of Hillside Avenue. Multiple fire trucks were called to the scene to control the blaze and RCMP units cordoned off the area.

"We are investigating any potential links between that and the shooting," said Coquitlam RCMP Const. John Graham.

The police spokesperson said the detachment believes there is no further threat to public safety.

This is at least the third shooting in Coquitlam this year — in January, a drive-by attack in a Burke Mountain neighbourhood sent a man to hospital and a shooting in a Burquitlam condo building a few days later provoked a massive police response after a woman was found bleeding in the lobby.

In the case of the Burke Mountain shooting, a car, possibly related to the case, was driven to a quiet street nearby and torched.