A vehicle suspected of being connected to the shooting was found on fire
Jan 10, 2021 8:19 AM By: Staff Reporter 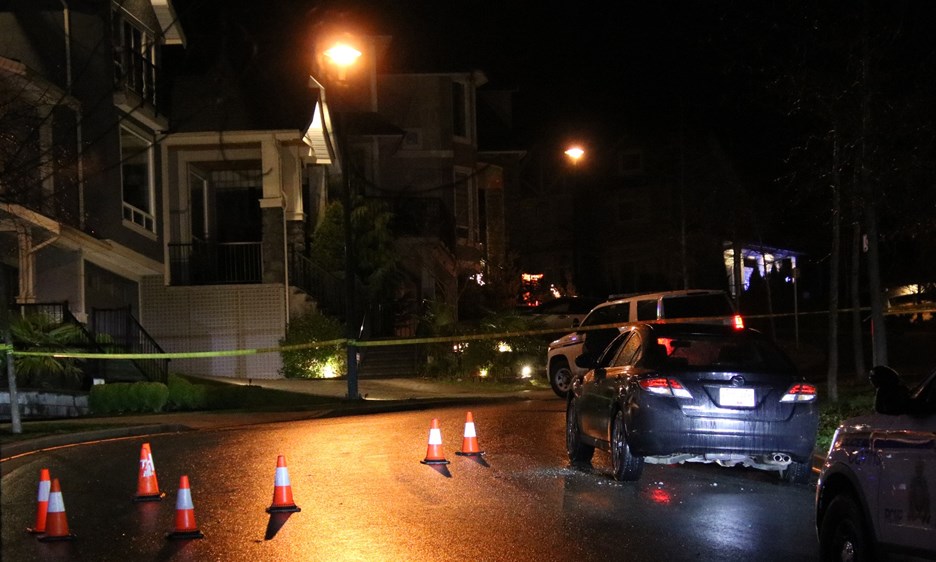 On Jan. 10 at approximately 1:03 a.m., Coquitlam RCMP responded to a shooting call in the 1400 block of Kingston Street.Ryan Stelting

Residents of a Coquitlam neighbourhood are in shock today (Sunday) after a brazen drive-by shooting.

On Jan. 10 at approximately 1:03 a.m., Coquitlam RCMP responded to a shooting call in the 1400 block of Kingston Street.

Upon arrival, officers located one male victim who sustained wounds from being shot. Multiple suspects were seen fleeing the area in a vehicle. Shortly afterwards, officers located a car on fire in the 3500 block of Gislason Avenue and is believed to be connected. The victim was taken to hospital to be treated for non-life threatening injuries.

It is unclear whether there is any connection to the Lower Mainland gang conflict, said a police news release.

“Evidence is currently being gathered and assessed with aim to further the investigation and identify those involved,” said the release.