Coquitlam tells professional dog-walkers to ‘leash up' after man attacked

Owning a 'well-behaved' dog is not an excuse for letting it off leash, says the city of Coquitlam, which is urging people to leash up dogs on trails except where signage permits dogs to be off-leash
Jun 2, 2021 3:27 PM By: Diane Strandberg 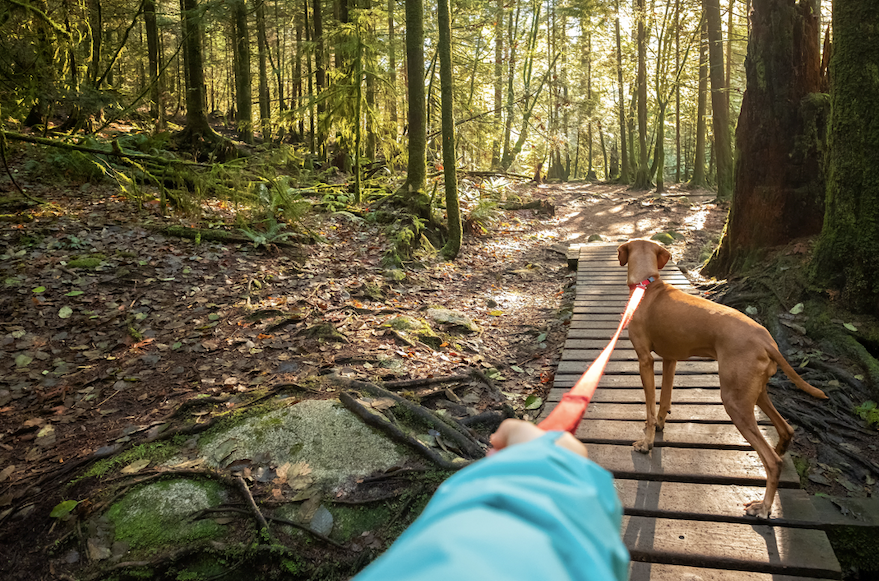 Coquitlam is reminding dog walkers to leash up their pets except in designated off-leash areas.Getty Images

Leash up your dogs, even on wilderness trails in Coquitlam, says the city, and only walk as many dogs as you can safely control.

The advice comes in the wake of a dog attack on a local runner in mid-April.

The mauling happened on April 23 while the Westwood Plateau resident was on his way back from his usual mid-day run through North Hoy Creek Park up to the West Coast Scale Trail.

He said unleashed dogs being walked by a professional walker attacked him causing trauma as well as bruising, scratches and pain from bites.

In response, the city has released information that clarifies when dogs are allowed off leash.

MORE COMPLAINTS AS PEOPLE FLOCK TO THE OUTDOORS DURING THE PANDEMIC

“According to Coquitlam bylaws, dogs must be on-leash in all parks, trails and public spaces — no matter how remote the area or how well-behaved the dog — except for in designated off-leash areas that are marked by city signage. Bylaw Officers patrol park spaces daily to provide education and promote compliance,” the city’s release states.

It notes that more people have been spending time outdoors, which has “coincided with an increase in complaints about off-leash dogs.”

With more people visiting wilderness trails, including Eagle Mountain and Burke Mountain, off-leash dogs – particularly groups of them – are posing what the city says as a hazard to other trail users if they are not fully in control at all times.

Coquitlam has provided the following recommendations:

• Ensuring all dogs have identification, such as a municipal dog licence

• Taking steps to prevent aggressive behaviour, bites or attacks on other people or dogs, both on leash and in designated off leash areas

Coquitlam is also reminding professional dog walkers they need to have a business licence to operate in the city.

As well, taking “pack walks” with multiple off-leash dogs could harm wildlife and dog walkers could be held liable if someone is harmed.

City staff will also be reviewing signage on local trails to see if more signs are needed or should be replaced, the release notes.

For more information about Coquitlam leash requirements and off-leash areas, you can visit the pets and animals page of the city’s website.

You can also visit the city’s website for information about its Animal Care and Control Bylaw.