Tri-City Predators alumna among eight B.C. athletes set to attend the camp in Calgary, a first step to potentially cracking the roster for the world championships.
Jul 9, 2021 5:01 PM By: Kyle Balzer 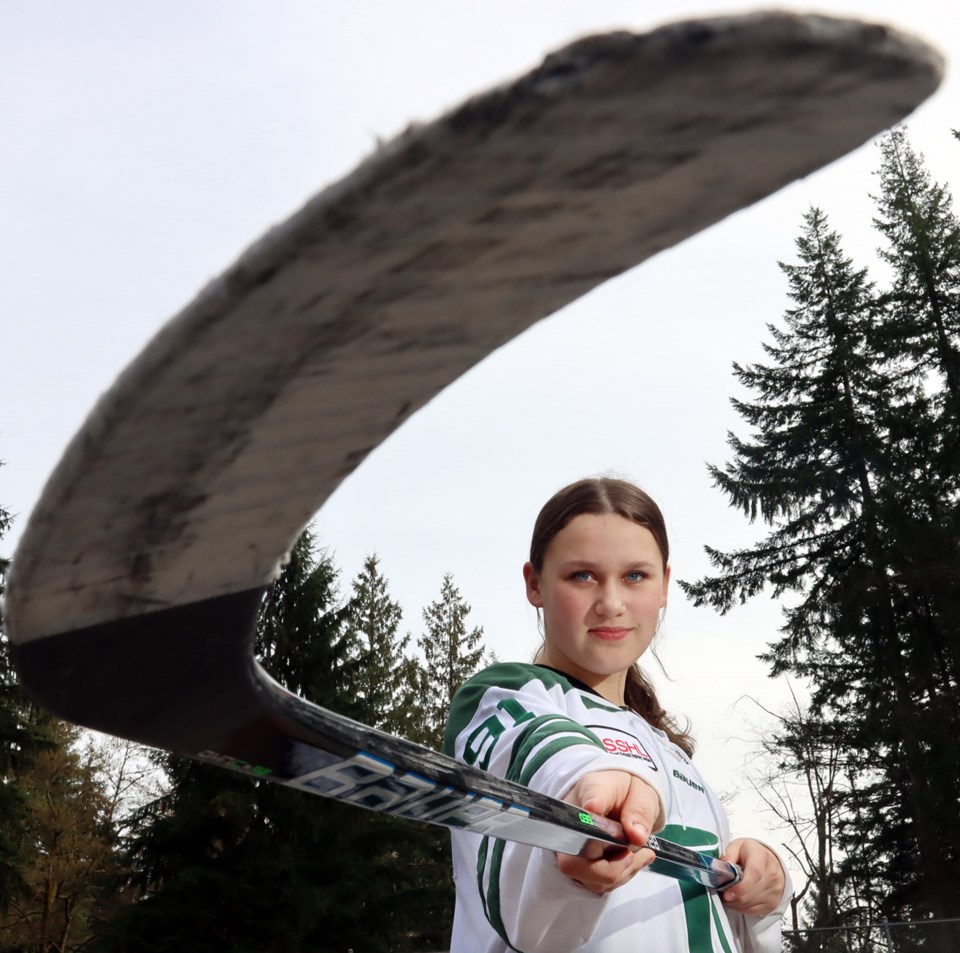 It's an invitation that's one step closer to potentially putting a red maple leaf sweater on a Coquitlam hockey player.

Jordan Baxter is set to take Calgary ice later this month as she's been invited to a summer camp for Canada's national women's under-18 team.

The 16-year-old is one of 46 athletes selected by Hockey Canada — the nation's governing body for the sport — one of 26 forwards and one of eight from all of B.C. to attend the annual development week.

The camp is the first chapter of a months-long process in solidifying a roster for the Under-18 World Women's Hockey Championships, which were cancelled earlier this year due to the COVID-19 pandemic.

There's currently no date set for the 2022 tournament by the IIHF.

For Baxter, this next skate of her hockey dreams comes three months after being named one of 21 young women in Canada to participate in the inaugural Scotia Rising Teammates initiative that pairs them with top female professional and national team players to learn and take inspiration from their journeys.

The four-week program included weekly virtual meet-ups with players and coaches, as well as one-on-one Zoom calls with their mentor.

Baxter was paired with Sarah Nurse, who won a silver medal with Canada’s women’s team at the 2018 Winter Olympics, and explained their chats were invaluable in showing her a path forward in the game.

“It’s just super helpful in every aspect of my hockey career,” Baxter told Tri-City News in an earlier interview, who also said a lot of conversations focused on leadership and the important role of being a good person.

“It’s not your ability on the ice that will get you to your goal. You never know who could be watching.”

The campaign also took place during a time when hockey took a break from competitive games, making it difficult for scouts and coaches to see the generation of players.

Gina Kingsbury, director of hockey operations with Hockey Canada, says the summer development camp is going to be unique this year.

“Our athletes have stayed the course and remained committed through virtual meetings since last summer," she said in a news release today (July 9).

"Our coaching and support staffs, as well as our players, have found ways to stay engaged and we are excited to see how it has all come together once we get on the ice in a competitive setting. We are expecting a high-tempo and spirited camp and we are eager to put all our off-ice work into practice."

Baxter started her hockey pursuits with the Tri-City Predators minor association more than a decade ago and currently suits up with Delta Hockey Academy's under-18 female prep squad.

The right-handed forward was able to play six games with the green and white in a shortened 2020-21 regional season and registered three goals — two on the power-play — in that stint alongside fellow Coquitlam athletes Hayley Chang and Bella Heng.

In the season prior, she combined for 24 goals and 39 points in 29 games with the Greater Vancouver Comets of the BC Under-18 female AAA league.

Baxter is also eligible for NCAA scholarships this summer, which she says she's had her eye on in addition to the hope of representing Canada for the first time.

The national women's under-18 team summer camp is scheduled for July 29 to Aug. 5 at Calgary's WinSport’s Canada Olympic Park.