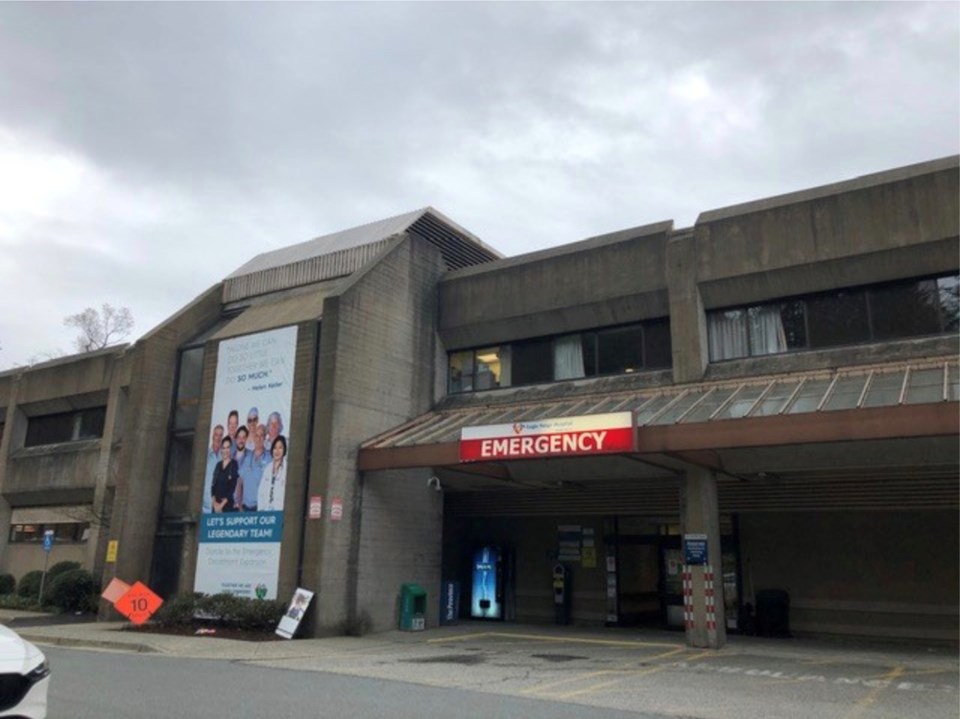 A COVID-19 outbreak within Port Moody's Eagle Ridge Hospital has been declared over on July 14, 2021, after lasting for nearly a month. | File photo

A second COVID-19 outbreak in under five months at Port Moody's hospital is over.

Today (July 14), Fraser Health concluded its outbreak declaration in a medicine/PATH unit (Patient Assistance and Transition to Home) within Eagle Ridge Hospital, which saw two people die of complications from the virus.

A total of 13 cases were detected during the 23-day outbreak.

This number was updated to the Tri-City News after an initial nine infections were found when the outbreak alert was put in place June 21.

Currently, 86,060 lab-confirmed cases of COVID-19 have been recorded across Fraser Health since the pandemic began.

There are 172 active cases across the authority, four people in critical care among 23 total hospitalizations. There were 11 new daily infections reported this afternoon for Fraser Health.