'I could have died': How a Coquitlam woman's life was saved by a nurse working with police

Now training as a mental health worker, Jessa Turner says psych nurses or other specially trained individuals should assist uniformed police in dealing with welfare checks and suicide calls — Metro Vancouver mayors agree with her
Mar 31, 2021 10:54 AM By: Diane Strandberg 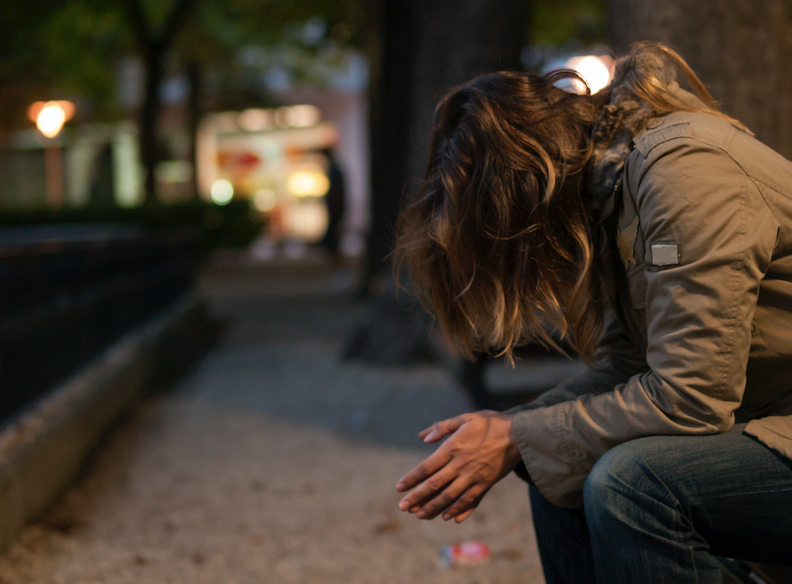 Metro Vancouver mayors are calling on the B.C. government to provide more support to police officers dealing with people in mental health crisis. One Coquitlam woman's story shows the need for such a service.Getty Images

Jessa Turner was just months away from finally getting the help she needed when she hit a downward spiral in her 30s that brought the police to her door.

But she never followed through on that desperate act — the culmination of years in the mental health system after being wrongly diagnosed with bipolar disorder— and today says the comfort and compassion provided by ‘Nurse Mary’ was a lifeline when she was at her lowest ebb.

Mary was a psychiatric nurse who accompanied two police officers called by a friend who was concerned about Turner’s wellbeing.

Compared to the police, Mary seemed compassionate, while the police seemed threatening.

“It’s like you come with us or you’ll be put in handcuffs, but for somebody without a criminal record, that’s terrifying.”

Mary sat down with Turner and asked her what was going on, “it was like she cared,” and so the distraught woman willingly went to Royal Columbian Hospital under the Mental Health Act.

“I could have died,” recalls Turner, remembering how she would have overdosed on the highly-potent medication for her back pain if it wasn’t for the timely intervention.

CALL FOR NURSE TO ATTEND MENTAL HEALTH CALLS WITH POLICE

Not long after this experience, Turner was properly diagnosed with post traumatic stress disorder from childhood trauma, which included her sisters’ suicide. At the recommendation of a physician, she’s now medication free, stable and training to be a community mental health worker with a job lined up at the end of her practicum.

Today, Turner is advocating for a program where a police officer is paired with a nurse or mental health worker to handle mental health calls, similar to Car 87 started by the Vancouver police department in 1978.

Her call for a program mirrors similar requests from Tri-City mayors and the Metro Vancouver Board of Directors, which is asking the province to partner and support police agencies dealing with people in mental health crisis.

Advocates for a Car 87-style program come as Coquitlam RCMP and Port Moody Police are seeing growing numbers of mental health calls. While both police departments have trained officers to deal with people in a mental health crisis, they aren’t always available.

Meanwhile, mental health calls have escalated in recent years, especially in 2020, when COVID-19 put extra stress on individuals at a time when they couldn’t access other resources. Coquitlam RCMP attended 9% more mental health calls last year (627) than they did in 2019 (574), according to recent RCMP statistics.

Increasing pressure to deal with the issue has brought calls from officials, including Coquitlam Mayor Richard Stewart and Port Coquitlam Mayor Brad West, for the province to establish a unit with a psychiatric nurse who accompanies police on wellness checks.

And this week, Metro Vancouver mayors sent a letter to Minister of Public Safety and Solicitor General Mike Farnworth as well as Mental Health and Addictions Minister Sheila Malcolmson calling for more resources for police officers, including a Car 87-style program. It pairs a plainclothes officer with a registered nurse to provide on-site assessments and intervention for people living with mental illness. .

“Having a mental illness is not a crime, and patients deserve appropriate care by trained psychiatrists, psychologists and social workers,” said Brad West, chair of Metro Vancouver’s Mayors Committee, in a statement.

“As a society, it’s wrong that we send police officers to respond to individuals struggling with depression, schizophrenia and related medical issues without health-care experts at their sides. It’s unfair to both the individuals and the police. The model of partnering police with health-care professionals works well in the few cities it operates and it should become the norm across our region. The province needs to step up to deliver the necessary supports to return people to good health.”

ONLINE PETITION ON CHANGE.ORG CALLS FOR A MENTAL HEALTH CAR FOR POLICE

For Turner, it’s important to talk about the need for police to have trained professionals to help them on mental health calls but she’s tired of waiting. In addition to creating an online petition calling for the Car 87-style program, she agreed to tell her story.

“They need to get something in place with this 100%,” Turner told the Tri-City News. “I think the public needs to hear about the [importance of] compassion and empathy that comes with a mental health professional, that’s a key piece.”