City promises "compassion" as it plans to use bylaw change to discourage RV camps from establishing on city streets, recently as many as seven campers were parked on Kebet Way, Port Coquitlam says the RVs have been dispersed
Mar 4, 2021 9:33 AM By: Diane Strandberg 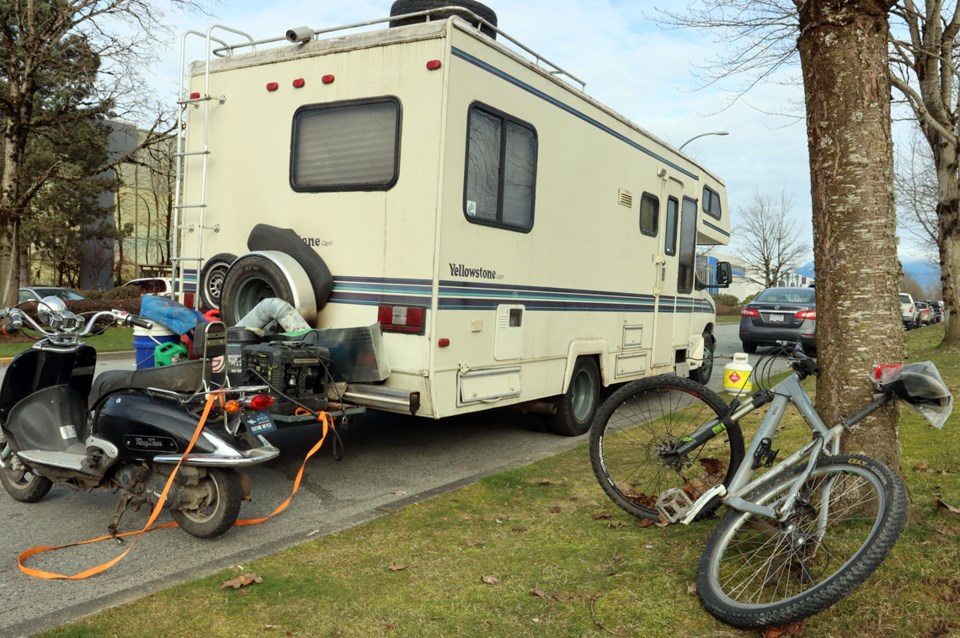 A camper van along Kebet Way in Port Coquitlam.Mario Bartel

Port Coquitlam is one more city in Metro Vancouver that doesn’t want people to live in their vans on city streets.

Port Coquitlam council is steps away from approving a new bylaw that will require vehicles to relocate every 48 hours. The change would discourage people from camping on streets in their vans and RVs.

So-called vanlife has become a popular subculture, extolled on Instagram. It’s also a solution to the lack of affordable housing in Metro Vancouver, with vans parked in streets in Vancouver and other urban areas.

Port Coquitlam recently had as many as seven vans parked on Kebet Way, with at least two of them being lived in.

There are no people camping there now, said Dominic Long, director of community safety, who told the Tri-City News that officers handled 13 calls for service on Kebet Way last year, with most of them arising from complaints.

Concerns include leaking oil, sewage, fires and unsightliness, said Long, adding that safety is a priority.

The problem is, currently, vehicles are permitted to park on specified city streets for up to 48 hours without moving. Drivers get around this stipulation by moving the vehicle a metre and continuing to park in the same location.

The amendment would prevent a vehicle from simply moving from one location to another in the same block to avoid the 48-hour movement requirement, according to a city staff report.

Port Coquitlam mayor Brad West agrees that a bylaw change is needed, as he joined other councillors in approving the amendment at a council in committee meeting on Tuesday.

“This is really about closing a loophole that exists,” said West, adding bylaw officers need proper tools to be able to do their jobs.

Port Coquitlam is not alone in dealing with people living in their vans and RVs.

Recently, Squamish and Surrey banned people from living in their vehicles on city streets

However, at least one Port Coquitlam councillor expressed concerns that the issue was being brought up at a time when the city is dealing with a housing crisis.

Coun. Laura Dupont questioned whether it’s necessary at this time.

“I would like us to have some patience given this serious homelessness crisis during COVID,” said Dupont.

However, she was assured the bylaw officers would use the tool in a “compassionate way.”