City of Port Coquitlam launches plan to renovate civic centre, with improvements to Veterans Park, Leigh Square and the Donald Pathway to revitalize downtown core
Mar 6, 2021 8:30 AM By: Diane Strandberg 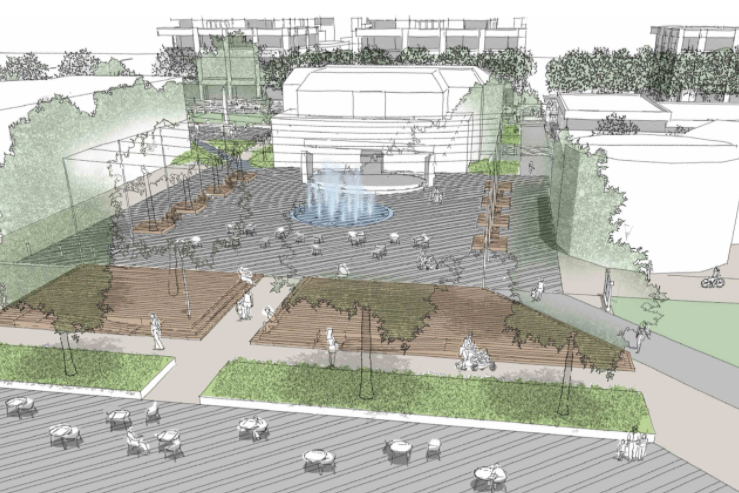 With Port Coquitlam set to complete its new $132 million community centre this fall, politicians and city planners are eyeing the nearby downtown civic centre for a major overhaul.

Plans are in the works to transform the civic centre around city hall, including Veterans Park, Leigh Square and an extension to the Donald Pathway, with an estimated $5.8 million upgrade.

Meanwhile, another city project — the $4.43 million McAllister Avenue walkable street and plaza project — is to start construction in June.

The work represents years of city planning and discussion, according to a city report, and with approval of the civic centre concept this Tuesday, March 9, the city will embark on a detailed planning and costing process.

If plans go as outlined in the city report, construction on the civic centre upgrade could begin as soon as 2022.

Meanwhile, the city wants to collect feedback on its ideas, with a survey from March 10 to 24.

“Our downtown is a special and iconic place and has a lot to offer, but it needs some updates and TLC to live up to its full potential,” stated Mayor Brad West in a press release.

The hope is that with the updated civic centre, together with McAllister Avenue’s transformation into a walkable street and public square, Port Coquitlam will draw more people downtown and host more events.

“The improvements we’re planning will double our festival space and capacity — providing us so many more options of what we can do and unleashing the creativity of our residents and community for the types of events we can host,” stated West, who said he has the support of the Port Coquitlam Business Improvement Association and Royal Canadian Legion Branch 133 for the initiative.

According to the city, the following work would take place:

• Opening up Veterans Park to the street, pathways and Leigh Square, and relocating the cenotaph and plaza to a more accessible and prominent location in the park to enable more significant Remembrance Day events,

• Expanding Leigh Square into an open-concept festival space for events and day-to-day social use, including relocating the bandshell to back onto city hall, and adding an interactive water feature, improved lighting and ground-level and tiered seating;

• Opening up the Outlet’s west wall with sliding glass doors or storefronts to create a lively space between the building and city hall, and redeveloping the square south of the Outlet for additional parking, event space and food truck staging;

• Expanding Donald Pathway north from Wilson Avenue to weave through the civic centre and downtown;

• And reconstructing Donald Street and Leigh Square Place into one-way corridors, allowing for improved movement of pedestrians and cyclists, and more green space.

In a press release, Legion president Drew Lydiard said the Legion executive supports the project and will be working with the city on the cenotaph relocation.

“We’re pleased that the new Veterans Park design honours and respects our veterans, with the more prominent cenotaph location and more space for our annual Remembrance Day ceremony which draws out thousands of people,” stated Lydiard.

The draft civic design concept follows planning dating back to 2016, including public consultation and work with property owners.

Meanwhile, the city is preparing for construction to begin on the McAllister project, which will include: a wide pedestrian concourse on the north side and multi-use path on the south side; one-way east-bound traffic; and angled parking to provide more space for those on foot and bicycle, as well as patios, moveable planters and furniture.

The city is also constructing a 2,500-square-foot plaza alongside the future Donald Pathway extension through the city’s downtown and the planned Quarry Rock Developments housing-commercial project on McAllister Avenue.

Funding for this project is coming from the city’s capital budget, grant funds and developer fees, while public notices are being sent out about driving and busing changes.

While Port Coquitlam has not yet identified funds for the civic centre upgrade, it plans to do so when costs are firmed up after detailed planning, according to a city report.

Long-term parkers curbed as Port Coquitlam seeks to stop people from living in RVs on city streets
Mar 4, 2021 9:33 AM
Comments