No flooding expected, but Coquitlam encourages river’s edge residents to be ready

BC River Forecast Centre predicting high streamflows in the region coming from Hope, but levels to drop after the weekend.
Jun 5, 2021 4:15 PM By: Kyle Balzer 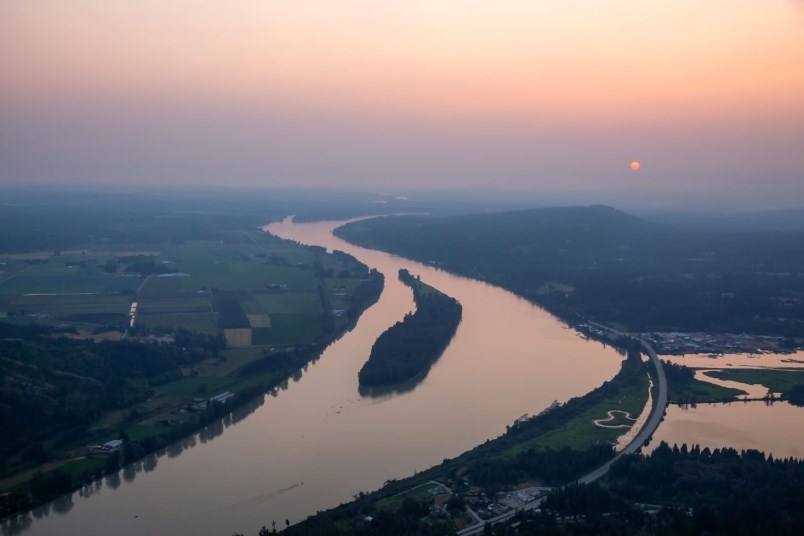 Do you live near a tributary along the Fraser River? Are you prepared for potential flooding regardless of when it happens?

The city of Coquitlam says it is!

In light of potential rain in this weekend’s forecast - including a 60% chance of showers tonight (June 5) - the city is asking residents to use caution around waterways and to follow posted instructions.

According to the BC River Forecast Centre, the Fraser River is set to flow more than 10,300 cm of water in Hope by Sunday (June 6), equal to 2.8 metres of water at the Port Mann gauge.

However, those levels are likely drop in the days afterwards.

As it stands, the current forecast for the Tri-Cities does not indicate heavy rain or extreme heat events and the risk of flooding this spring is currently considered low.

Seven-day forecast for B.C.'s lower mainland as of June 5, 2021. By Environment Canada

The city urges caution though as patterns could change in the weeks ahead.

“Property owners are responsible for their own flood preparations, and Coquitlam residents and businesses in low-lying areas near the Coquitlam, Pitt and Fraser Rivers are encouraged to be prepared year-round for potential flooding,” reads a statement from Friday (June 4).

“If flooding appears likely, the City will contact residents and business owners in areas that may be affected by floods to inform them about potential flooding, the City’s activities and how they can reduce the impact of flooding on their property.

If flooding occurs, even properties that are not in the floodplain may be affected by road closures or loss of power or City services.”

The city of Coquitlam says it will only respond if river water levels reach between three to four metres and flooding takes place.

It adds it’s also preparing for the freshet, including:

For more information, you can visit the city’s website.