RCMP say a quantity of chemical pre-cursers —with a potential finished yield of 26 kilograms of pure fentanyl — were found in a Port Coquitlam warehouse last month; it took investigators three days to sort through all the chemicals and equipment
May 14, 2021 11:53 AM By: Diane Strandberg 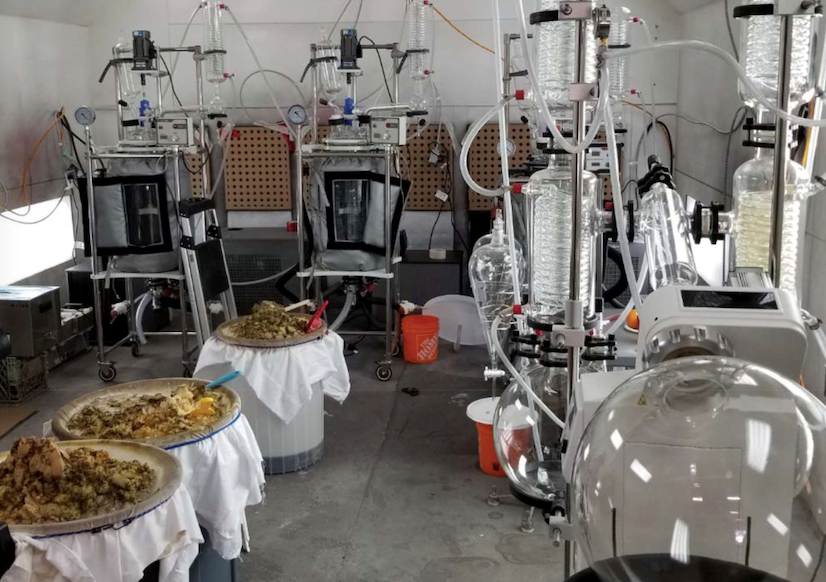 Police think they’ve put a dent into the growing gang problem and the production of deadly fentanyl with the shutdown of a massive chemical lab in Port Coquitlam.

A search warrant was executed April 19 at a commercial warehouse in the 1900-block of McLean Avenue.

The search was part of a multi-agency drug investigation, according to a Surrey RCMP press release.

Inside the building — sandwiched between an industrial area and a pleasant single-family neighbourhood — investigators found an illicit drug-manufacturing site containing multiple pieces of laboratory and drug manufacturing equipment straight out of the TV show Breaking Bad.

Officers also located 37 kilograms of chemicals associated with the manufacturing of pure fentanyl.

According to police experts, the quantity of chemical precursors had a potential finished yield of 26 kilograms of pure fentanyl.

If left untouched, police believe the lab was capable of producing the same volume of pure fentanyl on a ”weekly basis.”

With a fatal street dose of fentanyl estimated to be as little as two milligrams, Surrey RCMP say the seizure amounts to approximately 13 million of potentially fatal doses — enough to provide a fatal dose to more than two-and-a-half times the population of B.C.

“We will continue to coordinate with our policing partners to confront organized crime and gang activity at every opportunity,” he further stated.

Due to the large size of the operation, it took three days to gather evidence and safely dismantle the lab with the assistance of the Surrey RCMP Drug Unit, the RCMP Clandestine Lab Enforcement and Response Team, Lower Mainland Integrated Forensics Identification Section, Health Canada chemists, and Coquitlam RCMP.

Charges, however, have not yet been laid in this file and the investigation is ongoing.

BUST COMES AS POLICE TRY TO CLAMP DOWN ON VIOLENT GANGS

Police state they believe the drug and chemical seizure has dealt a “multi-million-dollar blow to organized crime and gangs in B.C.; helping attack the income sources of those who put our communities at risk with drug trafficking; and the gang violence that accompanies it.”

The press release was issued to media Thursday, as police grapple with deadly shootings, including one in Burnaby Thursday night that left a man dead.

On Friday, Port Coquitlam MLA and Solicitor General Mike Farnworth was expected to speak to the media with an update on gun and gang violence in the Lower Mainland.