Port Moody is projecting a tax increase of 4.5% for the coming year. A staff report said the city is being hit hard by the closure of the Flavelle sawmill.
Jan 16, 2021 6:23 PM By: Mario Bartel 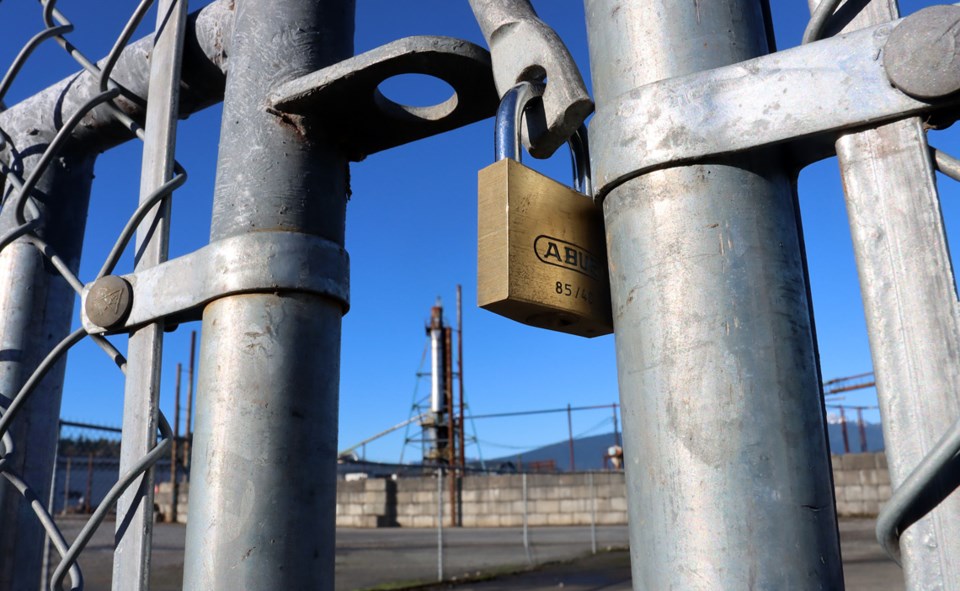 The closure of the Flavelle sawmill and the reclassification of its property from heavy industrial is costing Port Moody about $1.2 million in tax revenue.MARIO BARTEL/THE TRI-CITY NEWS

Port Moody residents could be looking at a property tax increase of 4.5% this year, including a 1% boost for the city’s capital asset levy to replace and upgrade infrastructure.

But the increase would be even higher were it not for $650,000 in new revenues from the two digital billboards recently erected by Pattison Outdoor at the eastern and western entrances to the city.

According to a draft operating budget being presented to council’s finance committee on Tuesday, the city’s bottom line is being hit particularly hard by the closure of the Flavelle lumber mill, as well as wage increases, benefits and the employer’s health tax.

The Flavelle closure will cost Port Moody about $1.2 million in tax revenue as the assessment class of the waterfront property next to Rocky Point Park shifts from heavy industry to business/other in anticipation of its eventual redevelopment. However, staff is proposing the impact be smoothed out by a transfer of $930,000 from the city’s growth stabilization reserve fund, with another transfer anticipated in 2022.

Wages, benefits and other employee costs are expected to increase by almost $1.5 million, an increase to the city’s operating expenses of 1.19%.

The proposed budget also includes an additional $528,000 to the city’s police department.

According to Port Moody’s manager of financial planning, Tyson Ganske, because of the increased costs of maintaining current service levels “it was a challenge for many departments to meet their individual target budget allocations.”

Ganske said the city will be able to use some of a $4.6 million recovery grant from the province to offset almost $1.8 million in lost revenues and increased expenses because of the COVID-19 pandemic. But, he added, none of that money can be used to reduce the tax rate increase.

In November, council was presented with a capital budget anticipating $22.6 million in projects for the coming year. That caused some members, and even Port Moody’s general manager of finance and technology, to muse whether the city is “living within our means,” especially with all the economic uncertainties brought on by the public health crisis.

The city’s budget consultation will continue through its new public engagement digital platform to collect community feedback, comments and questions.

1570
‘What are they waiting for?’ asks Coquitlam parent worried about long wait for school isolation letter
1553
Parent says Port Moody minor hockey not giving a full account of its COVID cases
1180
New garden centre hopes to take root in Port Moody
1157
Every Canadian household to get free, pre-paid postcard
1133
Dentists, midwives and more approved to assist in B.C. vaccination clinics