Port Moody property taxes could be going up by 4.5%. But some councillors say the city needs to find more money or cut services if residents aren't happy about that.
Jan 20, 2021 11:33 AM By: Mario Bartel 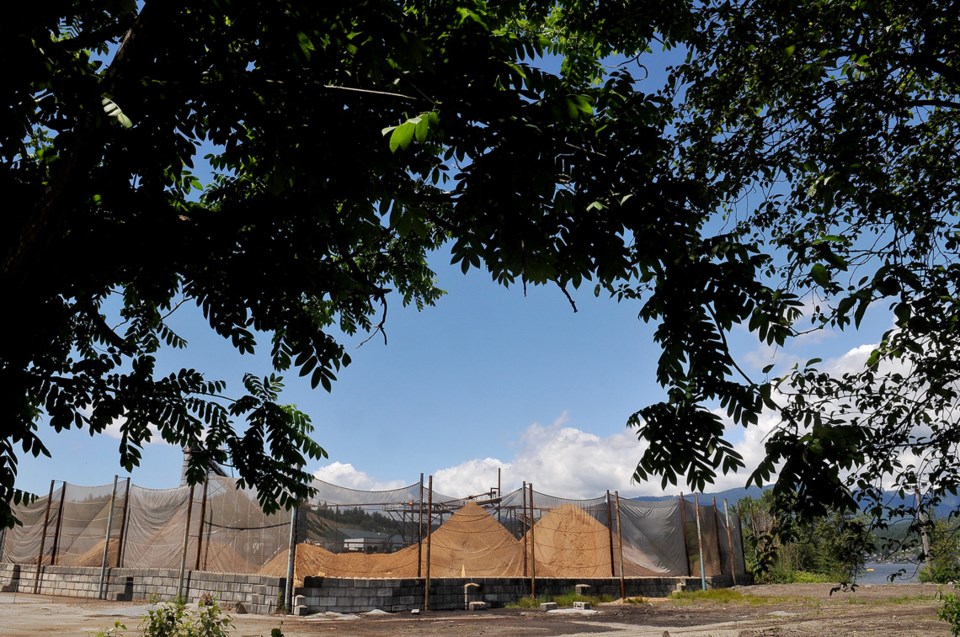 Last year's closure of the Flavelle sawmill next to Rocky Point Park is hitting Port Moody's tax base this year according to the city's draft financial budget that was presented to council's finance committee on Tuesday.TRI-CITY NEWS FILE PHOTO

A veteran Port Moody councillor says the city needs to find additional revenues or begin making “tough decisions” about cutting services, after members of the finance committee were presented with a draft budget at its Tuesday meeting that proposes a 4.5% property tax increase for this year.

Coun. Meghan Lahti said financial challenges brought on by the COVID-19 pandemic — as well as the closure last fall of the Flavelle sawmill — have created a “serious, unsustainable” situation, suggesting some of the decisions could even be laid at the feet of residents who will be asked to indicate what services they might be able to live without, as part of the budget’s public consultation process that’s set to begin on the city’s online engagement portal in February.

Otherwise, Lahti added, the city won’t be able to keep property tax hikes within the city’s guideline target of 2.5% anymore. “Tinkering with the budget every year is not going to make a difference in the long run,” she said. “There’s not as many options this year.”

Lahti said in addition to considering possible cuts like closing a pool or community centre to save funds, Port Moody also needs to raise more money.

She suggested that could be achieved by moving forward on comprehensive mixed development proposals that would bring new businesses to the city, and by looking at realizing the potential of city lands such as the old firehall property at the corner of Ioco Road and Murray Street. “It’s the most expensive piece of land in the city and we receive nothing for it.”

In a referendum question that was part of the 2018 municipal ballot, 53% of city voters rejected the idea of selling the property that’s been vacant since a new firehall was opened just next door in 2014.

In his presentation of the draft budget that would cost the average homeowner in the city an additional $108 — ballooning to $152 when utilities and user fees are factored in — Port Moody’s manager of finance and technology, Paul Rockwood, admitted the city is in a tight spot.

He said in addition to lost revenues of $1.5 million because Port Moody couldn’t operate many of its recreation and cultural programs due to public health restrictions, Flavelle’s closure resulted in a tax hit of about $1.2 million as the waterfront property next to Rocky Point Park is no longer being assessed as heavy industry.

And while some of that money is being recouped by a tax bill of $270,000 under the site’s new classification as business/other, the rest of the shortfall will have to be smoothed out by a transfer of $930,000 from the city’s growth stabilization reserve fund, with another transfer anticipated in 2022.

But after that, the fund will be depleted.

Much of its current balance of almost $1.4 million comes from an additional $1.06 million in supplemental tax revenue the city got from Flavelle last year when the company lost its protection to have the property taxed at a lower level in order to preserve jobs, explained Rockwood.

He added the net effect on Port Moody’s bottom line shines a light on the vulnerability of its tax base that relies disproportionately on residents over industry or business. “When things shift this dramatically, that’s where the pain comes in,” he said.

Coun. Zoe Royer agreed. “We really do need to diversify our tax base,” she said.

Coun. Hunter Madsen added the city needs to “revive industries” so they can carry a bigger share of the tax burden. “We just need more businesses in town.”

While the proposed budget also includes an increase of $1.5 million for higher wages, benefits and other employee costs, a 1.19% boost to the city’s police department caught the attention of councillors who endorsed an amendment proposed by Coun. Amy Lubik that the police board consider sharpening its pencils to bring that down to 0.63% as mandated by budget guidelines.

After the online consultation concludes in February, a revised budget will return to the finance committee for consideration in March before it’s sent on to council. The final budget must be adopted by May 15.