Environment Canada is warning regional residents that daytime highs starting Friday (June 25) could get to mid-to-high 30s or even the low 40s during "dangerous" heat wave.
Jun 23, 2021 4:39 PM By: Kyle Balzer 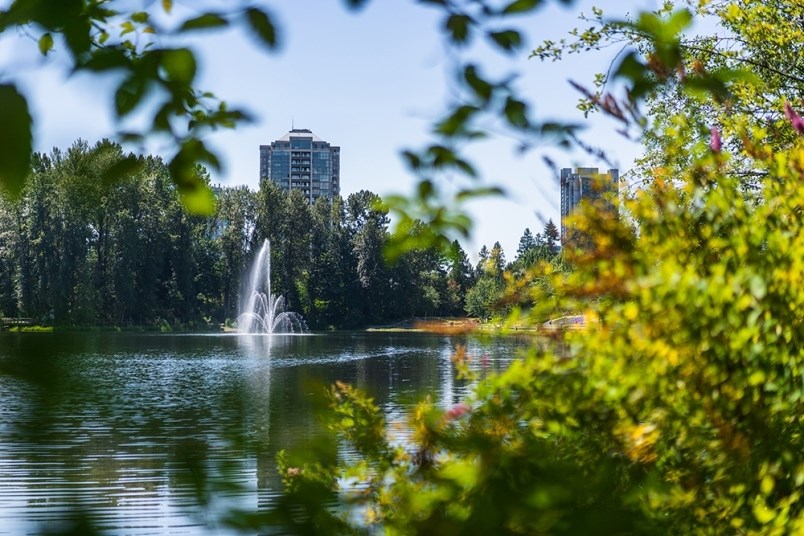 Stay hydrated and pack lots of sunscreen if you plan on being outside for several hours this weekend.

However, Environment Canada advises everyone to stay in a cool place as its issued a heat warning for the Tri-Cities that's predicting to last until Tuesday (June 29) with unprecedented temperatures expecting to spike to the high 30s or possibly low 40s.

Starting Friday (June 25), the national service is forecasting — what it calls — a "dangerous long duration heat wave" for Metro Vancouver.

With humidity, Tri-City daytime highs are predicted to range between 34 and 40 C with overnight lows dropping between 15 and 20 C.

"The duration of this heat wave is concerning as there is little relief at night with elevated overnight temperatures. This record-breaking heat event will increase the potential for heat-related illnesses."

The weather is expected to be so hot, it is being treated as a public health threat, with infants and young children, older adults and people with chronic conditions facing the greatest risks. Those working outside in such conditions also need to protect themselves as best they can.

Environment Canada meteorologists say to watch for symptoms of heat illness, including:

More information can be found on the HealthLink BC website or by calling 8-1-1.

Additionally, experts are advising the public to frequently drink lots of water, stay in a cool place, check on friends and family and never leave pets of people in parked vehicles.

WHY IS THE WEATHER GETTING HOTTER?

This comes more than 36 hours after a special weather statement regarding the recent heat wave ended for the Tri-Cities as temperatures reached the high 30s last weekend.

Now, the latest heat warning for Metro Vancouver is issued as well for most of the province and that's due to growing drought-like conditions during the month of May.

“It’s been so dry. We’ve had record-breaking dryness for the Interior and south coast,” says Castellan. “Now, we’re talking about dangerous conditions.”

“It might even be looking at all-time records for some locations.”

If records were to fall in June, it would buck annual trends where the hottest days come in July and August, Castellan explains.

Drought conditions have been building across much of the North American west for months now. But the latest heat wave is something else.

Faron Anslow leads climate analysis and monitoring at the Victoria-based Pacific Climate Impact Consortium. He says it’s normal for the heat dome usually sitting on top of the U.S. southwest to push into B.C. over the summer.

A heat dome forms when the jet stream migrates north, allowing an intense, high-pressure system to create a cap over hot ocean air. When that air descends, it warms. By trapping heat at the surface, the "dome" creates a feedback effect leading to sweltering conditions from day to night.

What’s different about the approaching high-pressure ridge this time is its “huge amplitude.”

“This is in that more rare category,” says Anslow. “The ridge from north to south is large. It’s got a lot of hot air embedded in it.”

That wave of high pressure is so large, says Anslow, that it’s expected to bring extreme hot weather to a region stretching from Oregon to southern Alaska. It’s also expected to bounce back with another round of hot weather a week later.

“We’re looking at what might be a pretty long event,” he tells Glacier Media.

The climatologist says when he looks back at the climate record in B.C., the upcoming five-day average is on the order of 8 to 10 degrees Celsius above normal.

Climate scientists are not quite at the point where they can pin a single extreme weather event to climate change on the fly, but all the telltale signs are there, says Anslow.

“What we can say is that these heat waves are consistent with climate change. They line up with what we expect from climate models,” he says.