Here's the latest additions to the Coquitlam sports hall of fame

Darcy Rota, Rich Chambers and soccer player Geri Donnelly are the latest local sports figures to be inducted into the Coquitlam sports hall of fame.
Jun 16, 2021 5:00 PM By: Mario Bartel 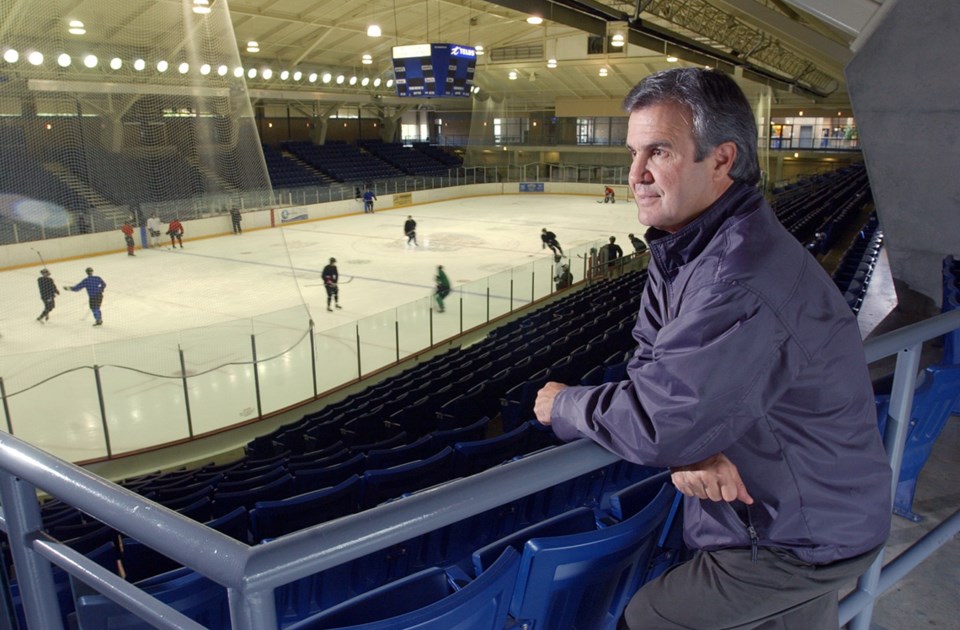 Darcy Rota was the president, general manager and co-owner of the Coquitlam Express, which had to play several seasons in Burnaby as the team's home arena, Poirier Sport and Leisure Complex, was renovated and expanded.MARIO BARTEL/THE TRI-CITY NEWS FILE PHOTO

The Coquitlam sports hall of fame is making up for lost time.

After taking last year off because of the COVID-19 pandemic that shut down most organized sports in March 2020, the hall has announced its second class of inductees in three months.

Geri Donnelly played for Canada at two FIFA Women’s World Cups (1995 and 1999) and she was part of the team that won the 1998 CONCACAF women’s championship by defeating Mexico, 1-0, in the final in Toronto.

Donnelly, who was also Canada’s player of the year in 1996 and 1999, started her soccer career in Port Moody when she was eight. She continued her development with Coquitlam Metro-Ford soccer club and eventually joined Canada’s first women’s national team in 1986 at the age of 21. She scored both goals in a 2-1 win over the United States in her debut match, and only the second ever played by the team. By the time her international career ended after the 1999 World Cup, she’d worn the red-and-white 71 times.

She retired from competitive soccer in 2009 and she was subsequently named to Canada’s soccer and BC sports halls of fame.

Rota earned his sports chops playing 794 games over his 11-year career with National Hockey League teams in Chicago, Atlanta and Vancouver, where he was selected to represent the team at the 1983-84 All-Star game.

But the Coquitlam resident forged his connection to the city as the part-owner, president and general manager of the Coquitlam Express that joined the BC Hockey League as an expansion team in 2001.

Five years later, the Express won its only national junior ‘A’ championship, although it was playing in Burnaby at the time while it awaited renovations to its home rink, the Poirier Sport and Leisure Complex.

Rota left the organization in 2014.

Chambers may be best known locally over the past five decades as a coach with the Terry Fox Ravens and Centennial Centaurs senior boys’ basketball teams, but he also had a presence on the bench internationally.

He spearheaded the Canadian women’s program to six world championships. He also coached at the University of Victoria, the UBC Thunderbirds and at Simon Fraser University.

In 2013, Chambers was inducted in to Basketball BC hall of fame.

The half-hour video features interviews and reminiscences with this year’s class as well as the 2019 inductees who were announced last March, like soccer star Brittany Time Baxter and the family of the late Sohen Gill, a dedicated lacrosse player and builder who twice served as commissioner of the Western Lacrosse Association and is a member of Canada’s lacrosse hall of fame.