'A lot of people have been left out': New Port Coquitlam park naming policy aims to reflect city’s diversity

Port Coquitlam has added park criteria to its commemorative naming policy; but at least one councillor and the city's mayor wanted it to reflect the city's growing diversity
Jun 16, 2021 2:04 PM By: Diane Strandberg 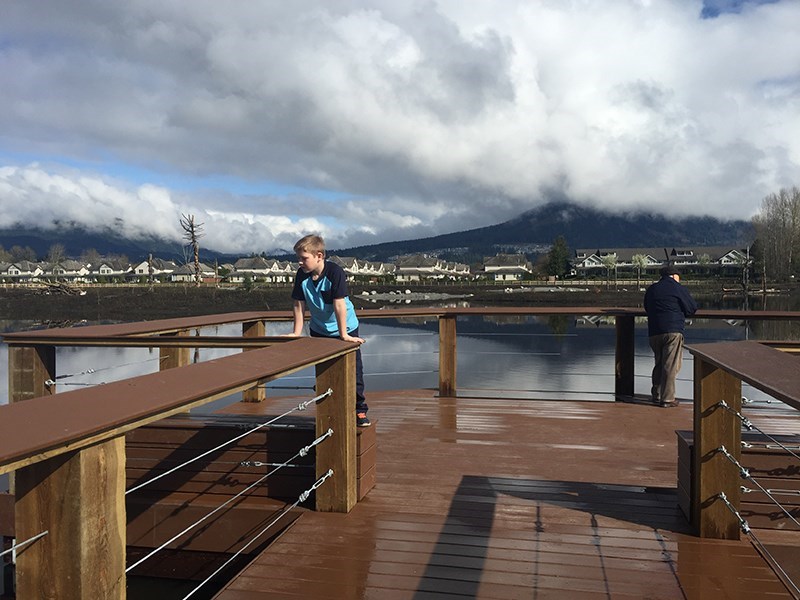 A boy checks out the newly-created Blakeburn Lagoons Park in Port Coquitlam when it opened. The restored ecological loop trail and nearby Blakeburn Park are named for a ranch that thrived in the area in the 1920s. Named “Burn” for Pat Burns, a meat packer and creator of Burns Meats, and “Blake” for Blake Wilson. These two men were also partners in the Blakeburn mine in Princeton, B.C., according to PoCo Heritage.Submitted/File

Many of Port Coquitlam’s parks are named for settlers, service groups and former city workers.

Now Port Coquitlam is updating its commemorative naming policy to reflect more of the city’s diversity.

“A lot of people have been left out including BIPOC (black, indigenous and people of colour) and women,” said Coun. Laura Dupont in calling for more diversity and inclusion in the naming policy to reflect “emerging changes in demographics over time.”

She was backed by Mayor Brad West, who agreed the policy should ensure the community’s “full diversity” is represented, including race, ethnicity, gender, gender identity and religious belief.

Council settled on simply adding to the list of criteria that naming should reflect the diversity of Port Coquitlam.

PoCo politicians also removed the word “original” from criteria, allowing those not born or raised in the city to be put forth for consideration if they’ve contributed in a way that brings special credit or honour to the city.

Transparency and fairness were the reasons for updating the commemorative naming policy.

The new criteria will guide officials in naming parks and facilities and could even be used to rename a park if “information comes to light [that] wouldn’t be in the best interests of the community.”

However, no renaming is being considered.

Lori Bowie, director of recreation, explained in an email to Tri-City News the issue of park naming came up while council was discussing commemorative naming during the construction of the new Port Coquitlam Community Centre.

“Through these discussions it was noted that a policy would be helpful to guide future decisions for this facility and other city assets, when council is considering a name to honour an individual, family or organization.”

No go for Coquitlam to join international coalition on racism, discrimination
Jun 12, 2021 8:35 AM

New Tri-City non-profit against anti-Asian hate to host rally at Coquitlam’s Lafarge Lake
May 29, 2021 11:35 AM