The survey will probe public knowledge of human-bear conflicts, and a follow-up study will identify any gaps in wildlife education, signage or ticketing in Coquitlam and North Vancouver, two B.C. municipalities where a relatively high number of black bears are killed
Mar 15, 2021 6:30 PM By: Stefan Labbé 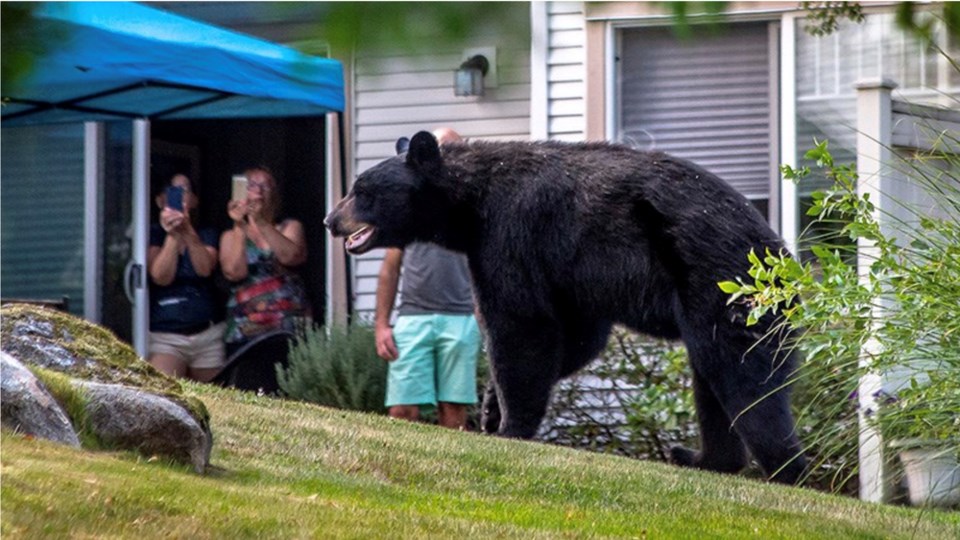 Coquitlam is one of a handful of Bear Smart communities in the province. But with bear euthanizations still high, researchers are surveying locals in search of ways to reduce the killings.ENRIQUE WAIZEL PHOTO

Why are so many black bears killed in the Lower Mainland?

That’s what a new public survey is looking to answer.

Over the last decade, the number of black bears killed by conservation officers and other agencies in B.C. has ranged from about 450 to 680 annually, according to data from the B.C. government.

Many of those deaths have occurred in the Lower Mainland, where large and growing neighbourhoods creep into surrounding bear habitat. In Coquitlam, the number of bears killed annually ranges from 24 in 2019-20 down to three in 2012-13. In North Vancouver, between one and nine bears have been destroyed every year over the last decade.

Nowhere is this more apparent than in Coquitlam and North Vancouver, according to a group of four UBC student researchers who, working together with the animal advocacy group the Fur-Bearers, are rolling out the online survey starting today.

“There’s not a lot of reasons to kill as many bears as we kill when we can educate people on how to coexist with them,” said Yasamin Ranjbar, one of the student researchers from UBC’s Applied Animal Biology Department.

Ranjbar, one of two Coquitlam residents in the group, said the survey will include 20 questions gauging peoples’ attitudes toward bears, knowledge about ticketing, and awareness around what happens to the animals after they are captured in the two communities.

“We’ve even talked about trying to walk around to houses,” said Ranjbar, adding the group is looking to get the message out online and through postcards set to be distributed to 1,500 Coquitlam households.

The results will then be incorporated into a study looking to identify any gaps in such areas as education, signage or ticketing.

Depending on the survey feedback, the group will present its findings and recommendations to the city of Coquitlam and North Vancouver.

The survey is set to run until March 26 and is accessible now through the online UBC Survey Tool here.