With currency exchange locations in Vancouver and Coquitlam, C&Z Holdings Ltd. was used as a conduit to funnel the life savings of a retired home-care worker to China — in a court ruling last week, a justice ordered the funds returned to the woman but stopped short of approving punitive damages
Apr 6, 2021 4:54 PM By: Stefan Labbé 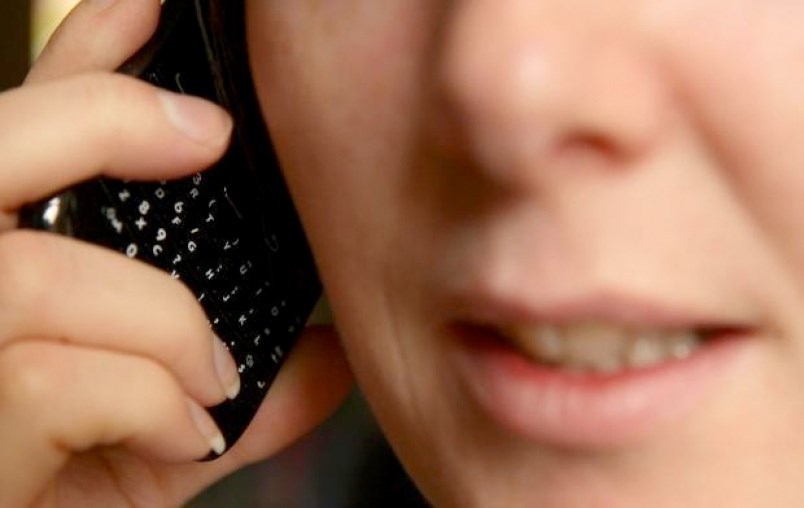 After the fraudsters targeted at least two women in a telephone wire fraud scam, a Coquitlam money exchange company has been left with the bill - FILE PHOTO

A retired home-care worker defrauded out of her life savings after she had $90,000 wired to China through a Coquitlam money exchange company has reclaimed her nest egg in a decision handed down by B.C.’s top court.

According to the ruling, handed down by the BC Supreme Court on March 31, Yongqin Pang sought thousands of dollars in damages against the money exchange company, C&Z Holdings Ltd., claiming the owner was “motivated solely by greed” and that the company “turned a blind eye to fraud” when she had her life savings disappear in October 2017.

The case sounds a warning to money exchange companies who may be used to defraud individuals across international borders: even when they remain within the bounds of the law, they could still be on the hook for tens, if not hundreds of thousands of dollars.

The scam began in the fall of 2017 when the fraudsters contacted Pang over the phone, telling her she was a suspect in a police investigation into financial crimes in China.

Pang told the court she was instructed to transfer $90,000, her life savings, to a third party in Coquitlam named Yu Ding.

The fraudster told Pang he was a Chinese police officer based in Ottawa and convinced her to liquidate her life savings by selling off several investments and wiring the money to Ding's account.

In court, both Pang and Ding said they didn’t know each other, and Justice Watchuk accepted both were unwitting victims of the complex wire-transfer fraud.

Ding told the court she was instructed by the fraudsters to transfer the money received from Pang through the Coquitlam branch of the currency exchange company C&Z Holdings Ltd., which goes by the Chinese name “Golden Apple,” according to the court documents.

First contacted by the fraudsters a few weeks earlier, Ding testified she too had been asked about a package sent to China containing passports. As coincidence would have it, Ding had recently lost her passport, which gave credibility to the fraudsters’ claim she was a suspect in an active criminal investigation into money laundering, according to testimony.

The fraudsters told Ding they were monitoring her communications and that to prove her innocence, she had to transfer hundreds of thousands of dollars to China, from where she was told the money was initially stolen, according to her testimony.

At first, she refused, but when the fraudsters threatened her with up to seven years of detention in Ottawa, she followed instructions sent over WhatsApp to wire the money.

When Ding arrived at the Coquitlam money exchange company to transfer Pang’s $90,000, Ding said the money was from her own savings and she was wiring it to a sick relative in China, a worker later told the court.

Ding, the worker told the court, appeared to be a “low-risk” customer.

Less than a week later, the owner of the money exchange company got a call from CIBC saying the $90,000 — now held as a bank draft — had been frozen because the money was deemed “illegal,” wrote Justice Watchuk in her ruling.

But C&Z had already wired the equivalent in Chinese Yuan to an account at the Agricultural Bank of China. The money was gone.

That’s when the owner of the money exchange company called Ding asking for a refund on the $90,000 the company had already sent to China. When she refused, Ding testified the owner floated a proposal to lie about the circumstances of the bank draft.

Then, In an effort to free up the bank draft, the owner asked her to sign off on a story that the money was to be used to buy a famous painting; she asked Ding to come in and sign a fake receipt.

Ding said she reported the plan to the fraudsters, who told her to go ahead with the proposal — instead, she turned to the RCMP and reported the whole scam.

The owner of the company, meanwhile, testified in court she was only trying to reclaim the frozen Canadian funds and she would never have gone through with the scheme.

In court, the Coquitlam money exchange company argued it was just acting on Ding’s instructions, something Justice Watchuk rejected as "no defence."

C&Z also argued money exchange companies should be offered the same protections banks have from liability when the person receiving the money is “fictitious or non-existing.”

“With respect, I reject the defendants’ submissions,” wrote Justice Watchuk in her ruling.

In an effort to recover her life savings, Pang claimed the owner of C&Z attempted to conceal the circumstances around the money transfer to the fraudsters, and that turning such a “blind eye to fraud must be punished by the Court.”

Claiming the owner was “motivated solely by greed,” Pang sought damages of $25,000.

But while Justice Watchuk said the proposal to cover up the actions of C&Z was “unfortunate,” the owner of the company was not found to be personally involved in the transaction. The company itself, meanwhile, was not found to have breached any rules regulated by the Financial Transactions and Reports Analysis Centre of Canada (FINTRAC), which develops and maintains compliance with laws that govern money laundering and the financing of terrorism.

In the end, Justice Watchuk stopped short of awarding $25,000 in punitive damages sought by Pang. Instead, she ordered the frozen $90,000 held by CIBC to be paid out to Pang, plus interest, with any shortfall covered by the money exchange company, C&Z.

As for the $90,000 transferred to China, nothing has been recovered, wrote the justice.