Coquitlam RCMP officers had a massive fraud and theft investigation collapse after a judge found they breached his Charter rights five times
Mar 19, 2021 11:38 AM By: Stefan Labbé 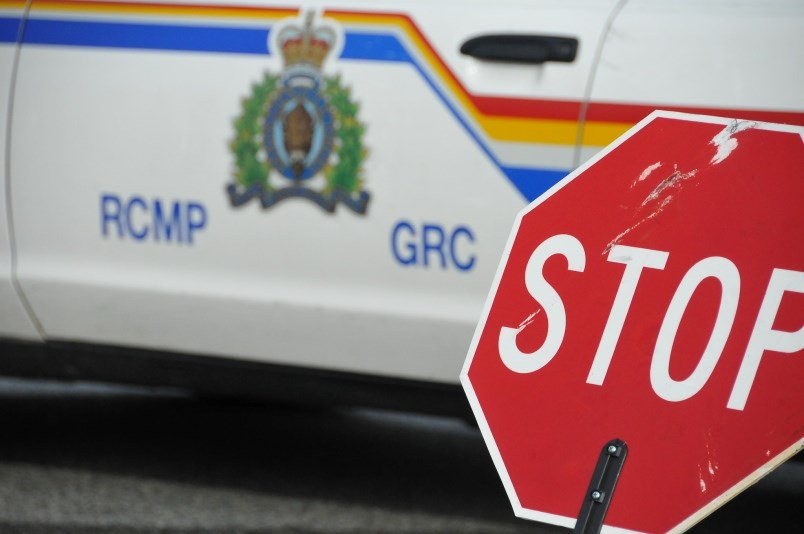 Crown prosecutors alleged the Maple Ridge man was the mastermind behind a fraudulent cheque-for-cash scheme that involved “hiring” at least 29 young adults to purchase high-end goods, give him cash and open lines of credit in his name, all ostensibly to help the “very wealthy businessman” avoid paying taxes.

In exchange, the individuals are alleged to have received cheques to cover their costs and were told they could keep a cut of any money left over, according to a decision handed down Feb. 4 but released only recently.

But by using various aliases on the fraudulent cheques, prosecutors alleged the 29 individuals — “largely unsophisticated young males” who didn’t know the scheme was illegal — were left on the hook for unpaid credit card debts and negative bank accounts, summarized judge David St. Pierre in his ruling.

“Eventually, (the Maple Ridge man) would then cut off communications with that complainant and move onto another one,” wrote the judge, outlining the Crown’s case and noting that investigators believe he was involved in a similar scheme across multiple jurisdictions.

According to court records, the man was charged with 10 counts, ranging from fraud to theft over $5,000. The alleged crimes were said to have occurred between May 2015 and January 2018, and to have spanned 13 municipalities across Metro Vancouver, including Coquitlam, Port Moody and Port Coquitlam.

A month after the judge’s Feb. 4 decision, all of those charges would be dropped.

A SERIES OF RCMP MISSTEPS

The investigation was plagued with police overreaches from the start, according to the ruling.

As part of a Coquitlam RCMP Economic Crimes Unit investigation into the case, officers submitted applications for two search warrants, one for the man’s home and one for his business.

But in one misstep after another, police were found to have breached the man’s rights under the Canadian Charter of Rights and Freedoms, eventually derailing the entire investigation.

When on March 15, 2018, police entered the Maple Ridge man’s one-acre property, they found the father with his one-year-old daughter.

It was 8:18 a.m. at the time and the mother was about to write an exam at UBC when she got a call from police that her husband had been arrested and to come and collect their child.

She immediately jumped in her car and rushed across town, but when she arrived about 80 minutes later, police refused to let her enter the house to retrieve her child, according to the court decision. When 49 minutes later the infant was reunited with the mother, “she was ‘wet from head to toe’ with urine as apparently no one had changed her diaper,” wrote the judge.

Finding there was “no credible explanation” as to why the mother was not reunited faster, the judge found the police’s actions were a breach of the man’s Charter right “to be secure against unreasonable search or seizure.”

When police entered the Maple Ridge man’s home they seized about 85% of its contents, including a handful of vehicles, furniture, clothing, shoes, gym equipment, and a number of electronics, from TV sets to computers and cell phones.

At the business, police seized another cache of computers.

Judge St. Pierre agreed that the excessive seizure of the man’s home far exceeded what was claimed in the search warrants and no authorizing justice would have granted the authority to seize several of the vehicles taken by police.

Then, when the police returned items they seized to various individuals, they mistakenly gave away the Maple Ridge man’s personal cell phone.

Even more egregious, according to the judge, was the police’s decision to determine themselves what “items were ‘stolen’ or whether the complainants were the victims of any kind of fraud or theft.”

By circumventing what should have been a judge’s decision, investigating officers showed a “negligent failure” to follow post search procedures laid out in the Criminal Code.

Together, the flawed warrant to search the store, the excessive scope of the search and seizure of the Maple Ridge home and the failure to follow post search procedure represented three more clear breaches of the man’s Charter rights.

In a fifth Charter breach, Coquitlam RCMP investigators were found to have violated the Maple Ridge man’s reasonable expectation of privacy when they conducted warrantless aerial surveillance of the family’s backyard and deck.

Hovering in a helicopter at around 1,500 feet, a Coquitlam officer was said to have taken a number of photographs of the family’s property, which defence lawyer Marvin Stern said was later used in an attempt to convince the judge such items as vehicles and barbecues were bought with the proceeds of crime.

But in another example of the police’s own investigation backfiring on them, the judge found that police had no legal right to invade the privacy of the couple’s home, “a space where residents may choose to allow their children or themselves to be exposed to the sun while they may be in varying stages of undress and be confident that they are doing so while in the privacy of their own backyard.”

“With the advent of un-manned surveillance drones it will be even easier for the police to engage in this kind of surveillance,” added St. Pierre in his decision. “We must, as a society, however, remain vigilant to the ‘pernicious threat to privacy’ …that these kind of state activities entail.”

About a month after the Feb. 4 decision, the Crown prosecutors dropped all charges against the Maple Ridge man, according to a spokesperson for the B.C. Prosecution Service.

The decision to stay the charges was made after Crown prosecutors found a standard two-part test — which weighs whether there is a substantial likelihood of conviction; and, if so whether the public interest requires a prosecution.

According to the Maple Ridge man’s lawyer, the family has yet to recover the belongings seized when police searched their house and Port Coquitlam business. Separate legal proceedings against B.C. Civil Forfeiture Office have yet to be decided.